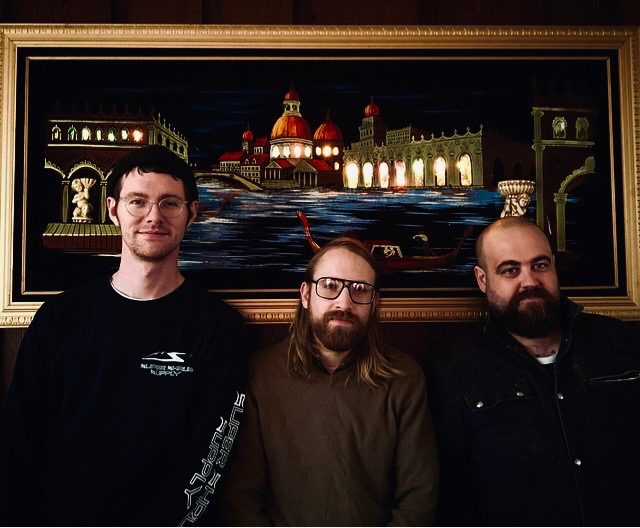 Early next year, the Indiana heavy space-rock greats Cloakroom will return with Dissolution Wave, their first album in five years. As explained when they released lead single “A Force At Play,” the new album is a heady space opera inspired by Cloakroom’s experience as professional musicians and some intense circumstances in their personal lives, including the deaths of multiple friends of the band. That story kicks off with “Lost Meaning,” which Doyle Martin calls “the beginning of our traveler’s expedition.”

It’s the first step out of your comfort zone into unfamiliar territory. When you cross that threshold what do you take with you to maintain some sense of the Self? If anything, leaving for a “land of silver gilt” is referring to a gilded age, an egocentric near-future our protagonist is tasked to meander around which of course mirrors our own. Our humble songsmith is singing to the Spire and the Ward of Song, the great filter, the barometer of creative thought in this universe. With any luck, they’ll be acknowledged and their voice won’t get lost in the discordance of meaningless creativity for the wrong reasons.

Hear the crushingly heavy and marvelously pretty “Lost Meaning” below.

Dissolution Wave is out 1/28 via Relapse.