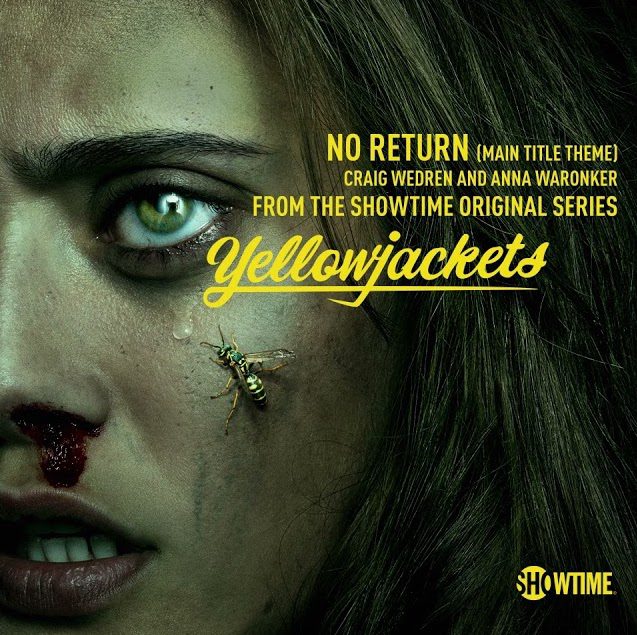 One of the best shows on TV right now is Showtime’s Yellowjackets, which tells the story of a girls’ high school soccer team marooned in the wilderness after a plane crash. The series is funny and eerie and gross, and it veers in all sorts of unexpected directions. It’s also totally immersed in the music and pop culture of the ’90s. Former ’90s teen stars like Christina Ricci, Juliette Lewis, and Melanie Lynskey play grown-up versions of some of the survivors, and the ’90s needle-drops fit the mood beautifully. (The show’s use of PJ Harvey’s “Down By The Water” was that real good shit.) Even the score comes from two veterans of the ’90s alt-rock world, both of whom get to really cut loose.

Yellowjackets has a score from Craig Wedren, formerly of Shudder To Think, and Anna Waronker, formerly of That Dog. Both of them have done a ton of work for movies and TV since their bands’ heydays, but Yellowjackets really gives them a chance to tap into that sound. You can especially hear it in “No Return,” their blistering opening theme. As Brooklyn Vegan points out, there’s a Yellowjackets soundtrack album coming out later this month, a week after the show’s season finale, and Wedren and Waronker have just released “No Return” as an actual song.

Talking to Brooklyn Vegan, Wedren and Waronker say, “For the theme, we aimed to channel our off-kilter ‘90s roots into something that felt like ‘then’, but could only have been made NOW, just like the show. Our respective pedigrees as front-people for That Dog. and Shudder To Think made it eaaaasy, like a nice warm bloodbath.” Check it out below.

The Yellowjackets soundtrack is out 1/21 on Lakeshore Records.