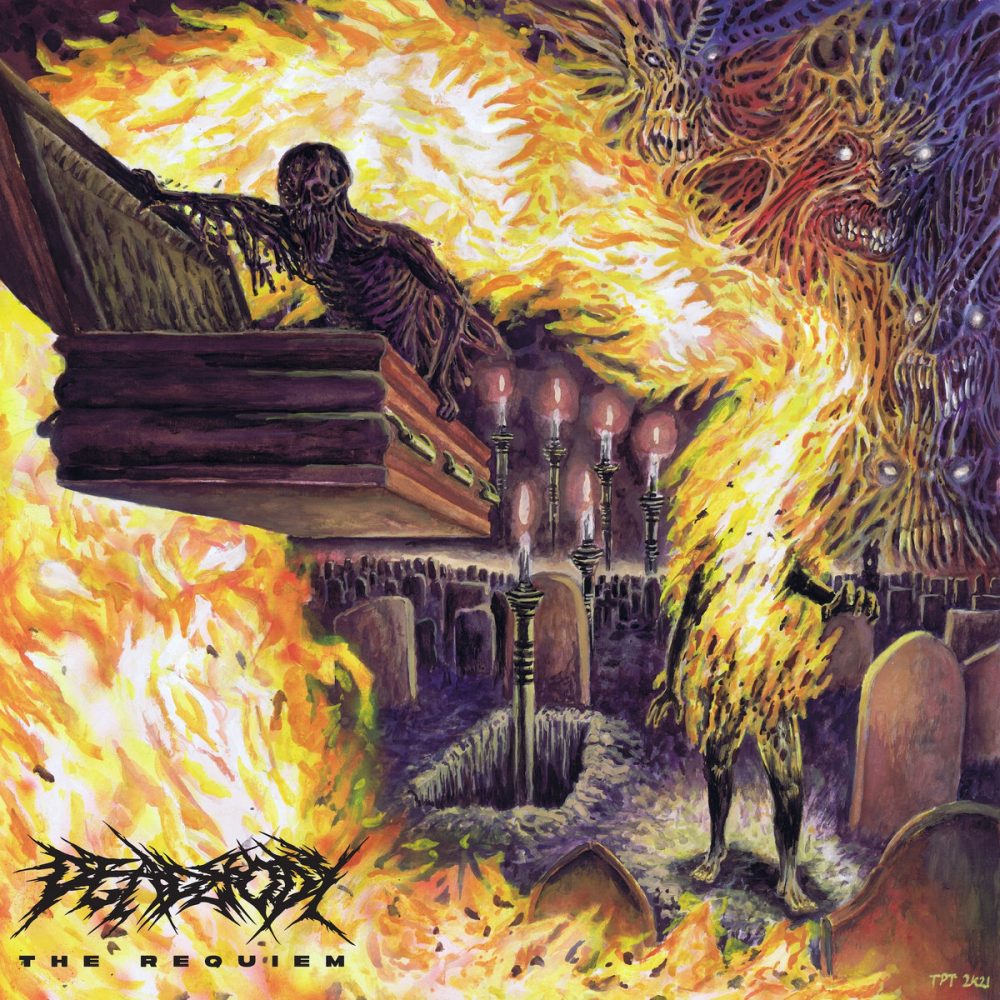 The Southern California brothers Taylor and Colin Young are responsible for some of the hardest, heaviest music of the past decade. They’ve both done tons of stuff on their own, and they’ve played together in bands like Twitching Tongues, God’s Hate, and Eyes Of Their Lord. Last week, they unveiled their latest venture: Deadbody, a new band that also features members of Despise You, ACxDC, and Apparition. They announced that Deadbody’s debut album The Requiem will be out in the world this very month, and they shared two monstrously nasty new songs, “Without Honor” and “Joy Of Torture.” Today, we get to hear another ripper from this band.

Deadbody’s latest track is the title track from The Requiem. Where those first songs were huge and monolithic, this one is fast and savage. “The Requiem” lasts for less than two minutes, and it combines the physicality of hardcore with the guttural abandon of grindcore. It’s really fucking ugly, and you can hear it below.

The Requiem is out 10/28 on Closed Casket Activities.