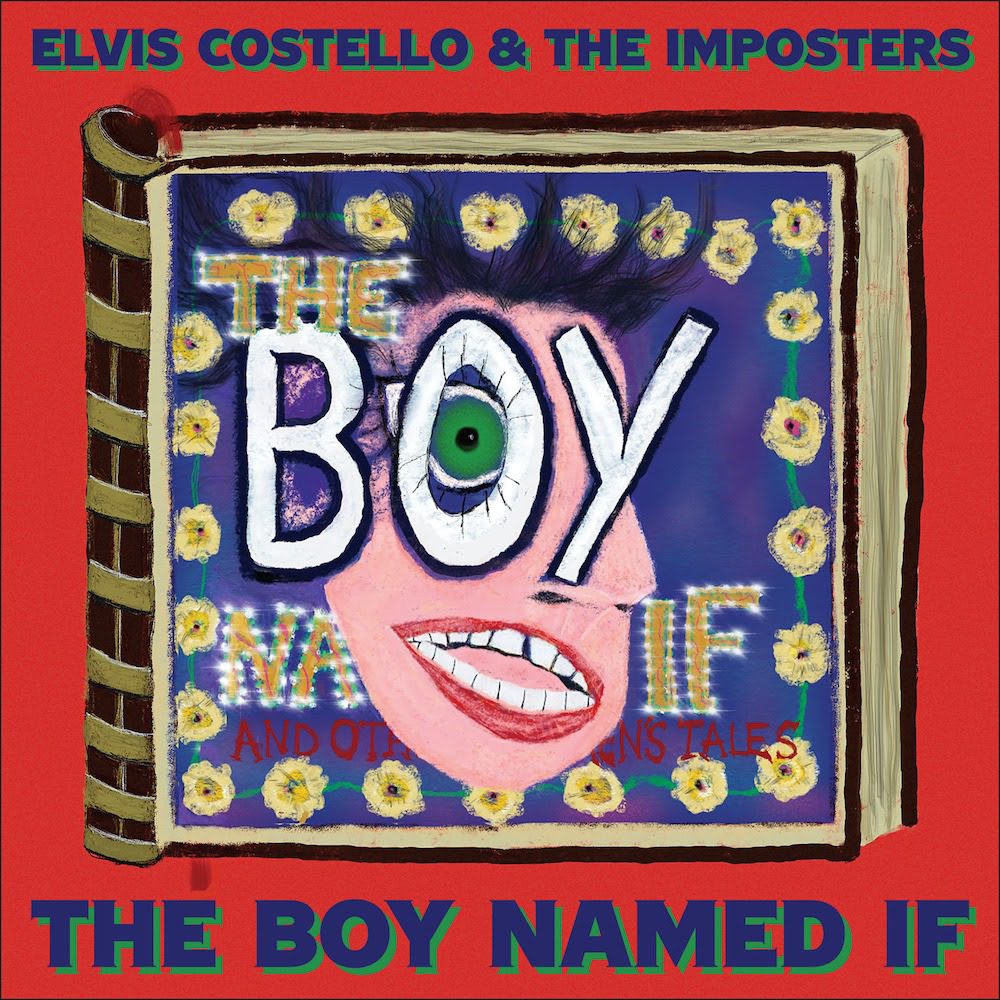 Elvis Costello and his band the Imposters are releasing a new album called The Boy Named If in exactly one week. “The full title of this record is ‘The Boy Named If (And Other Children’s Stories),’” Costello explains. “‘IF’ is a nickname for your imaginary friend; your secret self, the one who knows everything you deny, the one you blame for the shattered crockery and the hearts you break, even your own.”

“I started The Boy Named If with just an electric guitar, some sharps and flats, high heels and lowdowns, with five songs in bright major keys and carried on to write a whole new record for the Imposters to play,” Costello adds. He co-produced the record with Sebastian Krys, and we’ve already heard one song from it, the rocker “Magnificent Hurt.” Today we’re hearing opener “Farewell, OK,” which you can listen to below.

The Boy Named If is out 1/14 via EMI/Capitol. Pre-order it here.