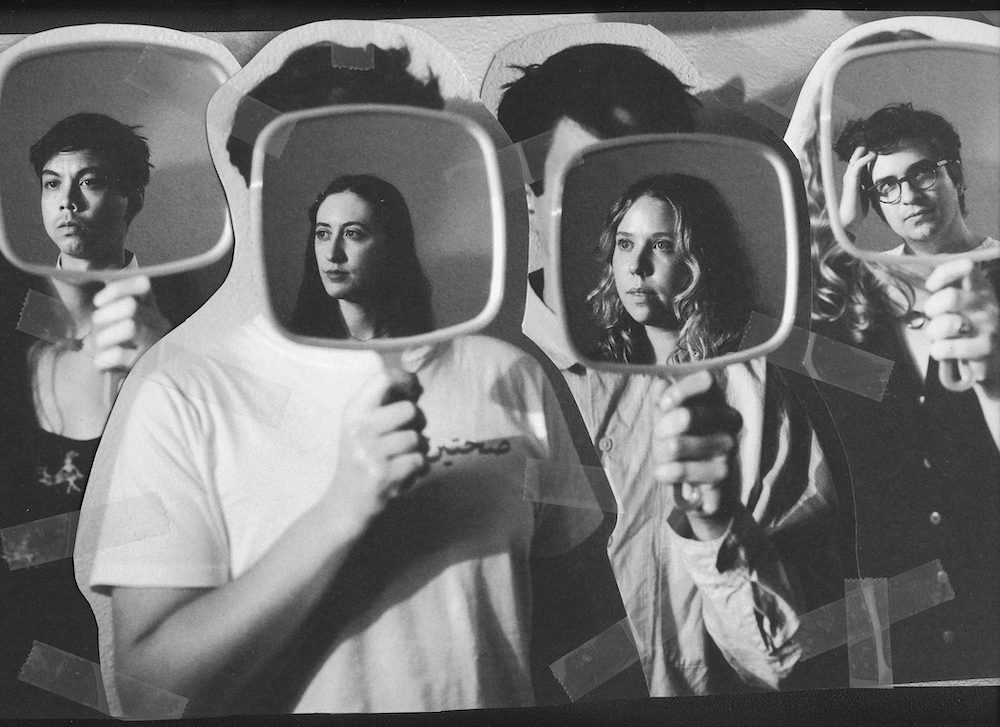 We’re a few days away from the release of the new Frankie Cosmos album Inner World Peace. Bandleader Greta Kline wrote more than 100 songs during the pandemic, and the band then whittled those songs down to a manageable 15-song tracklist. Thus far, we’ve already posted a bunch of those songs: “One Year Stand,” “Aftershook,” “F.O.O.F.” Now, with the album release looming, we’re getting one more Frankie Cosmos song.

“Empty Head” is a dazed, introspective song that toggles between a couple of different versions of lo-fi indie-pop. It’s got Greta Kline singing about the struggle to keep a clear mind and stop thinking so much. Kline says that the song “is about wishing for inner peace, and conversely: spiraling. It’s about self-control, and the fear of unlocking myself and overflowing. It’s also about finding joy in small moments — walking in circles, hoping to see the neighbor’s dog.”

Sophia Bennett Holmes directed the “Empty Head” video. In the clip, Greta Kline achieves some kind of nirvana through oblivion — floating above the ground and eventually disappearing into the ether. Check it out below.