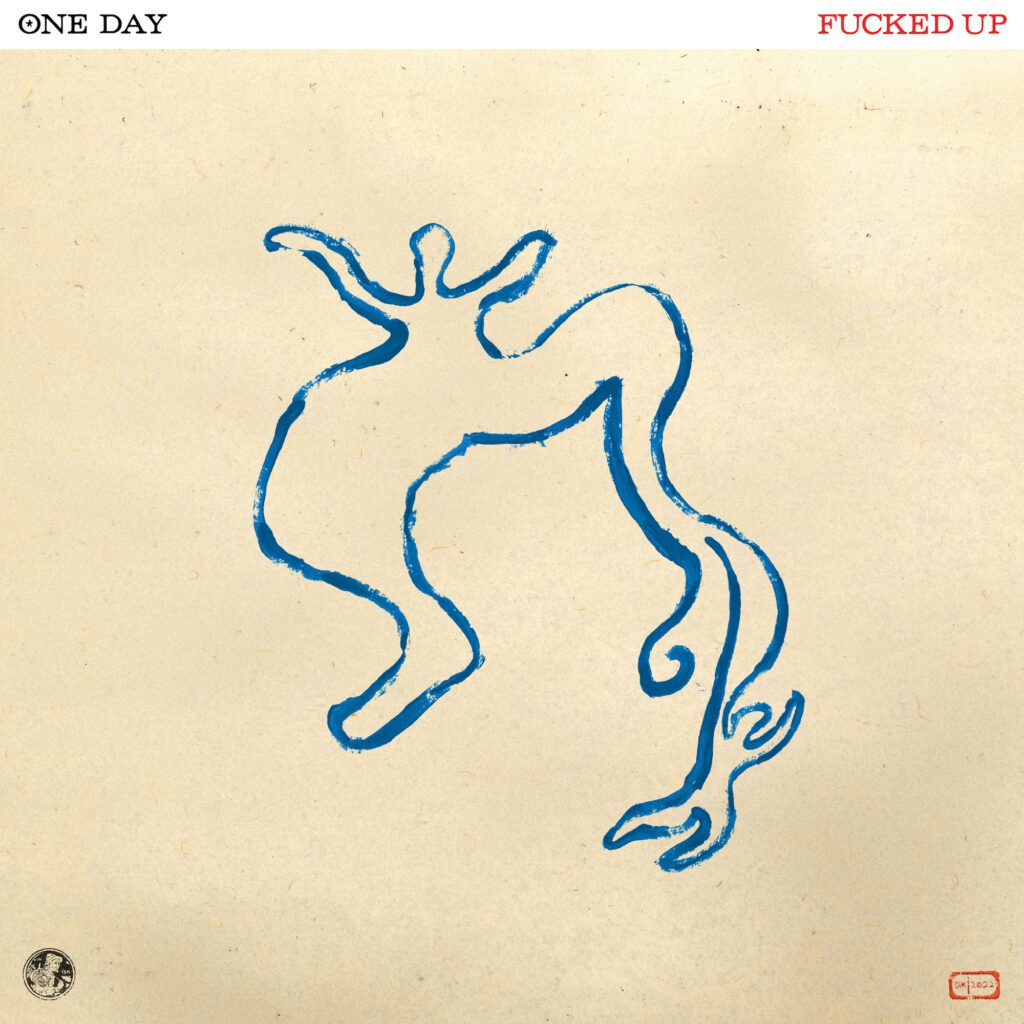 For a band that seems only intermittently active, whose members are often focused on other gigs — from podcasting to production to side projects galore — Fucked Up sure do release a lot of music. Things seemed to slow down for a while after the release of 2018’s Dose Your Dreams, their last proper album. But since last year the Toronto hardcore heroes have kicked out Year Of The Horse, a gargantuan “EP” at double-LP length, as part of their long-running zodiac series, and followed it with the formidable noise-rock EP Oberon. And now they’re ready to unveil their sixth official full-length album.

True to its title, One Day was completely written and recorded within 24 hours. Near the end of 2019, guitarist and primary composer Mike Haliechuk conceived and documented all 10 songs on the album within three eight-hour studio sessions. He then challenged drummer Jonah Falco to enter the studio and record his drum parts without listening to the music ahead of time. Lead barker Damian Abraham, who contributes lyrics here for the first time since 2014’s deeply underrated Glass Boys, was going to handle his lyrics in similar fashion until the pandemic got in the way and his focus shifted to Year Of The Horse. In a press release, he offers this insight into his headspace:

The resulting album reportedly poses the question, “What do you think you would do, or be able to accomplish, if you were just given one day?” Below, watch director Colin Medley’s video for One Day’s title track.