Greet Death – “Your Love Is Alcohol” 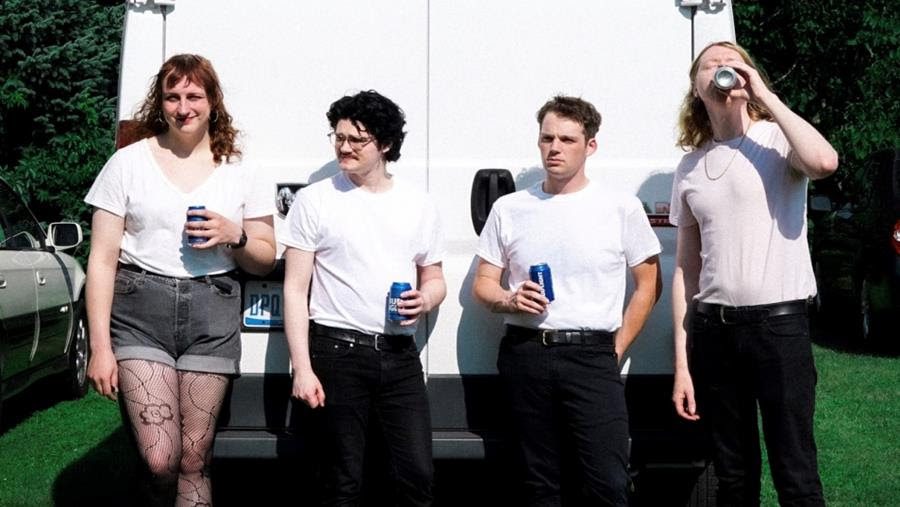 Two years ago, the Flint, Michigan band Greet Death released New Hell, a great album that combined heavy-shoegaze intensity with dream-pop prettiness. In September, they followed that LP with the bleak and lovely new song “I Hate Everything,” an aesthetic left turn that took them into folk-adjacent territory. Today, Greet Death have dropped another new single, and they’ve also announced plans to spend much of next spring out on the road with Virginia screamo greats Infant Island. (I’m friends with one member of Infant Island, so this isn’t in any way objective, but that should be a fuckin’ show.)

Greet Death’s new single is called “Your Love Is Alchohol,” and it shows another side of what this band can do. The song brings some serious alt-country vibes, with those dour vocals sharing space with piano and harmonica and acoustic guitar. But the lyrical outlook is as heavy as ever: “I hate the things I used to love/ I’m fucked, and now I’m done.” Greet Death multi-instrumentalist Logan Gaval, who wrote the song, directed the video with David Beuthin. In the clip, the members of Greet Death play the song while a monstrous figure looms over them, pouring wine down their throats and suffocating them.

In a press release, Gaval says:

I wrote “Your Love Is Alcohol” in July of 2020. Around that time, my girlfriend and I would hang out after work at my parents’ house and pass a bottle of Tito’s Vodka back and forth and listen to my parents watching Fox News. Getting drunk with my girlfriend is one of my favorite things to do, so I wrote a song about it… We recorded the song with our friend and new bass player Jackie Kalmink. I’m very excited to see what we can create before the heat death of Earth.

Check out the video and the tour dates below.