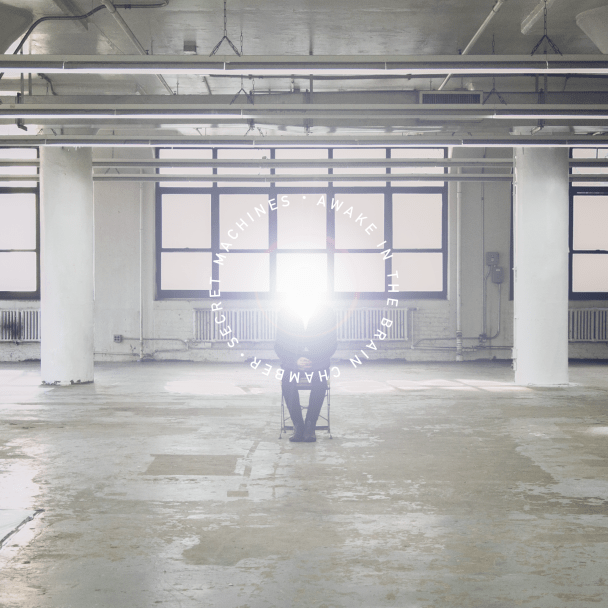 Secret’s out: Secret Machines will return this summer with their first album in 12 years.

Upon releasing some new tracks back in 2010, the proggy space-rock cult favorites teased an LP called The Moth, The Lizard And The Secret Machines. This is not that. The group’s fourth full-length is instead titled Awake In The Brain Chamber and built from songs they began crafting after shelving the Moth sessions. The group is now a duo featuring Brandon Curtis and drummer Josh Garza; guitarist Phil Karnats, who replaced Brandon’s brother Benjamin Curtis when he left to focus on School Of Seven Bells, is no longer involved.

In a statement, Curtis explains that his brother gave notes on this material and appeared on several tracks before dying of cancer in late 2013:

This album has been through many versions and incarnations. I began writing these songs soon after we decided to shelve ‘The Moth’ record. I remember feeling alone and lost, and I think the songs have that in their dna. I started sharing some of the early versions with Benjamin who gave me notes as well as encouragement. I am sure that without his influence these songs would never have seen the light of day. I continued to produce and develop the tracks, ultimately recording some demos in and around 2011 – 12. My brother was diagnosed with cancer in January of 2013. While he was receiving chemotherapy he helped oversee and co-produce the initial mix of the songs. I can still hear his voice offering recommendations and insight into the way the songs should be presented. After his death, I continued to pursue the project, playing a couple of shows under the Cosmicide moniker. As it happens one of these shows was attended by Josh who agreed to join Cosmicide onstage to perform a Secret Machines song. I suppose it was then that the idea had its genesis — reworking the tracks with Josh to make a Secret Machines album. As we began to go through the songs Josh and I were careful to retain whatever influence Benjamin had on the songs as a sort of living tribute to him. His fingerprints are all over the songs and I know that Josh and I both feel very fortunate to have had this opportunity to work with him again, albeit posthumously.

I know we are both very proud to present this as the first Secret Machines music in over a decade.

Our first preview of Awake In The Brain Chamber is synth-powered lead single “Talos’ Corpse.” It’s about wanting to give up but pressing on, and you can hear it below.

Awake In The Brain Chamber is out in August.