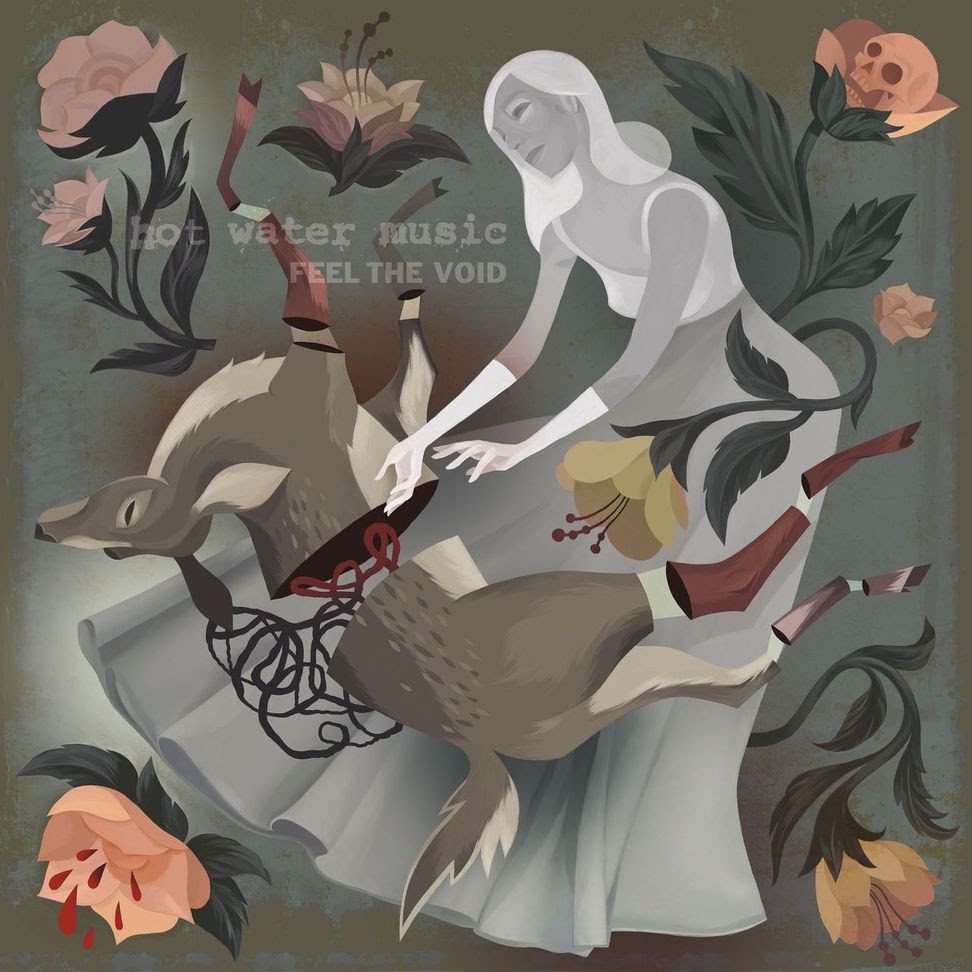 Decades ago, the Gainesville band Hot Water Music came up with their own hearty, melodic form of punk rock. They bellowed soaring hooks over unpretentious riffs, and they became vastly influential cult favorites in the process. A whole lot of people got the band’s logo tattooed on their bodies. Since then, Hot Water Music have never truly stopped, though they’ve slowed down or gone on hiatus a few times. It’s been four years since Hot Water Music released Light It Up, their last album. Today, they’ve announced plans for a new one.

Hot Water Music recorded their new LP Feel The Void with producer Brian McTernan, the former Battery frontman and current Be Well leader. Over the years, McTernan has produced important records for bands like Bane, Converge, Texas Is The Reason, Strike Anywhere, and Turnstile. McTernan also produced three classic Hot Water Music albums, and Feel The Void marks his first time working with the band since 2004’s The New What Next.

On first single “Killing Time,” Hot Water Music once again lock into their meaty old groove. The song bashes and grunts and soars, and co-leaders Chuck Ragan and Chris Wollard sound more grizzled than ever. In director Jesse Korman‘s videos, the old stickers and flyers on a venue wall come to life. Check it out below.