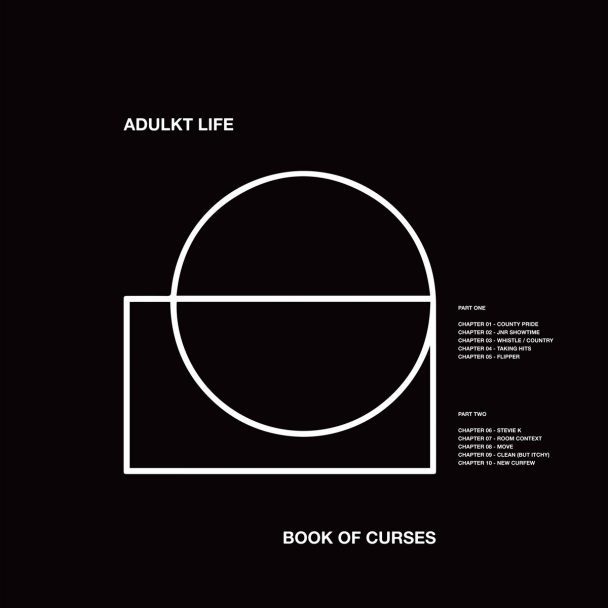 Chris Rowley is an interesting person. In the early ’90s, Rowley was one of the lead singers for the London punk band Huggy Bear. Huggy Bear were one of the big bands from that era’s riot grrrl explosion, right up there with Bikini Kill and Bratmobile, and they released one absolutely immortal single in 1993’s “Her Jazz.” (MCA quoted it on the Beastie Boys song “The Scoop.”) Riot grrrl was, of course, an explicitly feminist movement, but Huggy Bear had a dude for a singer, and that dude was Rowley. After Huggy Bear broke up in 1994, Rowley hasn’t been in any other bands. But he’s in one now.

The new London band Adulkt Life is Chris Rowley, drummer Sonny Barrett, and two members of the fuzzed-up London punk rock power trio Male Bonding. (Male Bonding haven’t released anything since 2016’s Headache, and I don’t know if they’re broken up or what.) Male Bonding’s John Arthur Webb met Rowley while the two were shopping at Rough Trade, and Webb got his bandmate Kevin Hendrick in on the action. So now they’re a band.

Adulkt Life released their debut single “Country Pride” in zine form earlier this year, and their just-announced album Book Of Curses is coming later this fall. They’ve just shared two songs, “Taking Hits” and “Stevie K,” and both of them are scratchy and fired-up postpunk. Rowley is now a 55-year-old father, and he still sounds forceful and impassioned and angry. That rules! Listen to both songs below.

While we’re at it, here’s that debut single “Country Pride,” which is really good and which is now the album’s opening track:

Book Of Curses is out 11/6 on What’s Your Rupture?