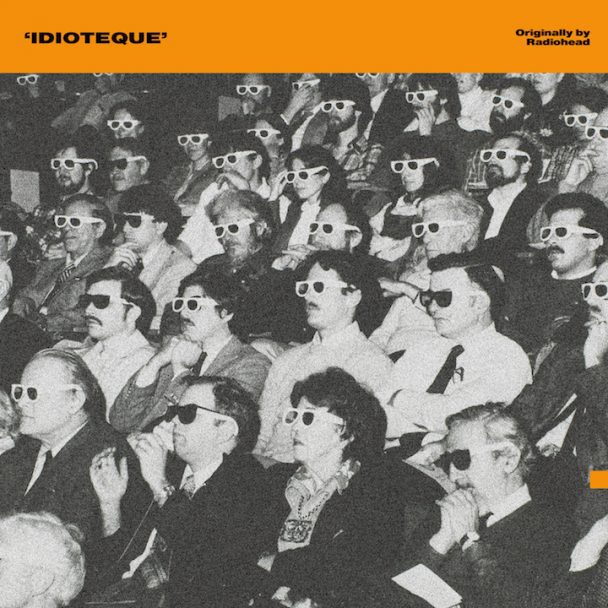 Are Hundredth on a quest to cover every electronic pop song made by a sad guitar man in the early aughts? The dreamy Myrtle Beach rock group — formerly somewhat of a hardcore band, now something more like new wave — shared their rendition of the Postal Service’s “Sleeping In” last month. Now they’ve gone and covered perhaps the ultimate sad-guitar-man-goes-electronic song, “Idioteque,” the climax of Radiohead’s iconic Kid A.

Hundredth have apparently been recording these covers while working on a new album of their own, promoted with tweets like “holy fuck i just wrote my favorite song” and “back half of this album is about to be wild.” If it sounds like these covers, it’s definitely going to mark a departure from last fall’s “Iridescent.” And according to a statement from the band, the album may very well sound like this:

While we finalize the upcoming album we wanted to share our version of another track/album that has significantly informed the upcoming LP, which is is “Idioteque” from Radiohead’s Kid A. The ability to make songs that are experimental yet still catchy and palatable has been a big goal of ours on the upcoming album. I don’t think anyone captures this better than what Radiohead did on Kid A. It takes you somewhere else and you can still sing along on the way. We definitely dove deep on this one, finding and chopping the same Paul Lanksy and Arthur Kreiger samples used in the original song. We wanted to stay faithful to the original but slightly reimagine it sonically to bring it more into the world of the upcoming LP. Hope you enjoy.

This is an extremely faithful “Idioteque” cover, albeit one that doesn’t sound nearly as paranoid and freaked-out as Thom Yorke did on the original — which is weird considering Yorke’s apocalyptic visions feel even more realistic nowadays than they did 20 years ago. They weren’t fear-mongering! This was really happening! Anyway, listen below, women and children first.