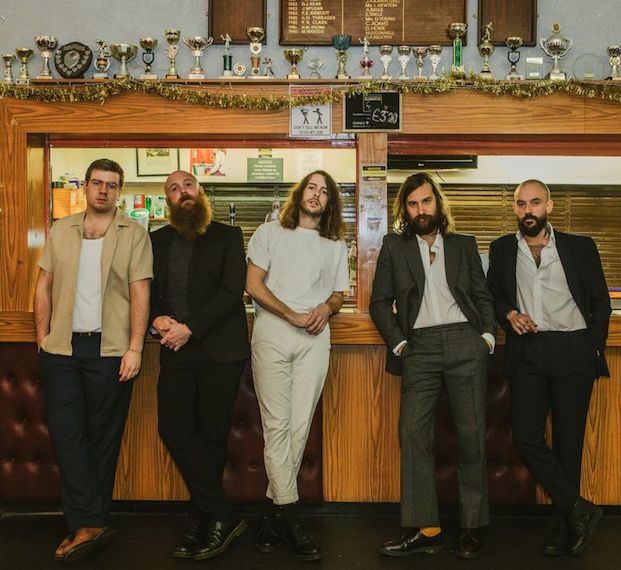 In a few weeks, Metallica will release The Metallica Blacklist, the strange new project that will feature 53 different artists covering songs from Metallica’s self-titled “Black Album.” We’ve already heard a ton of those covers; people like Phoebe Bridgers, Weezer, and Chris Stapleton have offered their own incongruous takes on Metallica’s originals. Today, British bellowers IDLES take a crack at it.

IDLES released their Ultra Mono album last year, and they’ve lately gone on a cover-song spree, sharing their versions of songs from the Strokes, Sharon Van Etten, and Gang Of Four. Today, they’ve stripped Metallica’s deep cut “The God That Failed” for parts, rebuilding it as squealing and abrasive post-punk.

“The God That Failed” was never a single or anything, but it’s a prime example of where Metallica were pushing their sound on the Black Album. It’s a lot slower and simpler than Metallica’s thrash-era ragers, but its got an undeniably heavy groove and some primally satisfying guitar action. For their version, IDLES speed the song up and make the riffs sound like the kind of screeching white noise that I still associate with dial-up modems. Check out the IDLES cover and the Metallica original below.

The Metallica Blacklist is out 9/10.