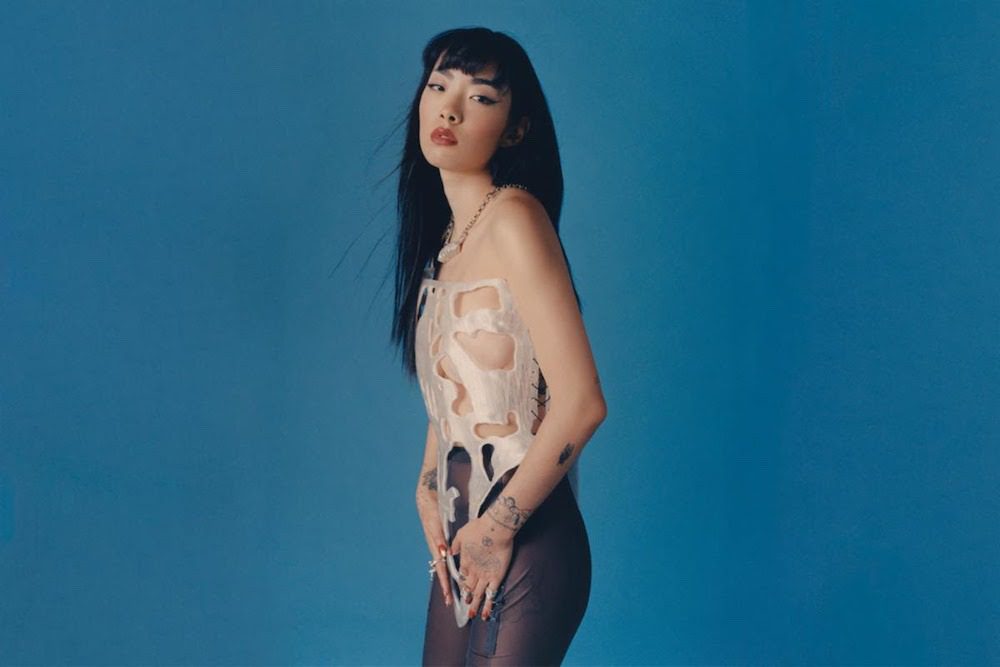 We’re getting closer and closer to the release of The Metallica Blacklist, the bugged-out new project where 53 different artists cover the songs from Metallica’s self-titled Black Album. One of the weirdest things about this whole project is that it seems to involve very few metal bands, or even artists with a noticeable metal influence in their music. There’s nothing conventional about the Japanese-British mutant pop star Rina Sawayama, but her version of “Enter Sandman” actually has something to do with metal, which makes it a bit of a rarity on this project.

Sawayama, who released her debut album last year, has been making big moves lately: duetting with Elton John, showing up in the next John Wick movie, getting the BRIT Awards and the Mercury Prize to change their rules. Sawayama’s whole sound is futuristic pop with jagged nü-metal influences floating through, and while there’s nothing remotely nü about the Black Album, she clearly gets that the big riff is the most important thing about “Enter Sandman.”

Sawayama’s “Enter Sandman” uses samples of Metallica’s original, and it takes the song to a twisty and quasi-industrial place. “Enter Sandman” is so primally identified with Metallica that nobody can really make it their own. (Weezer, who I guess are also metal-influenced, tried with their cover.) But Sawayama steers into that impossibility, making her version almost a remix of the Metallica classic. Check out Sawayama’s version and the video for the Metallica one below.

🔪ENTER SANDMAN🔪 official cover out now and @clarenceclarity and I 100000% understood the assignment xhttps://t.co/XkukYXaL30@Metallica Blacklist cover album out Sept 10 !!! pic.twitter.com/gDh8NvFzOy

The Metallica Blacklist is out 9/10. Today, IDLES just released their version of “The God That Failed.”