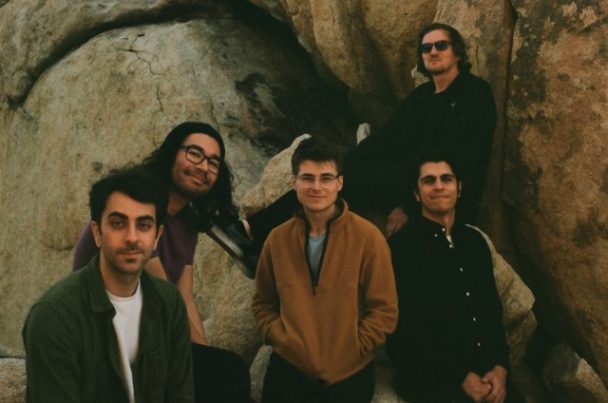 In a couple of weeks, the Redlands, California emo band I’m Glad It’s You will release Every Sun, Every Moon. The band recorded the album with Jawbox legend J. Robbins, and the wrote the songs in response to a terrible 2017 van crash that killed one of their friends. Thus far, everything we’ve heard from the LP is huge and driving and melodic and extremely promising. We’ve already posted the early tracks “Big Sound,” “Myths,” and “The Silver Cord.” Today, they’ve come out with a new one called “Silent Ceremony.”

“Silent Ceremony” has a fuzzed-out melodic grace to it, and it reminds me as much of early Broken Social Scene as it does any of I’m Glad It’s You’s emo forbears. On the song, band leader Kelley Bader and guest singer Sierra Aldulaimi join together, belting out some crushing stuff over big guitar crescendoes.

“Silent Ceremony” doesn’t sound like a sad song, but its lyrics are all about looking for some kind of metaphorical seance wishing for some kind of contact with somebody who’s been lost: “There’s no ancient rite/ No mystic sign/ No magic cure to wash the hurt.” It’s heavy stuff — music about death that feels very alive. Listen to it below.