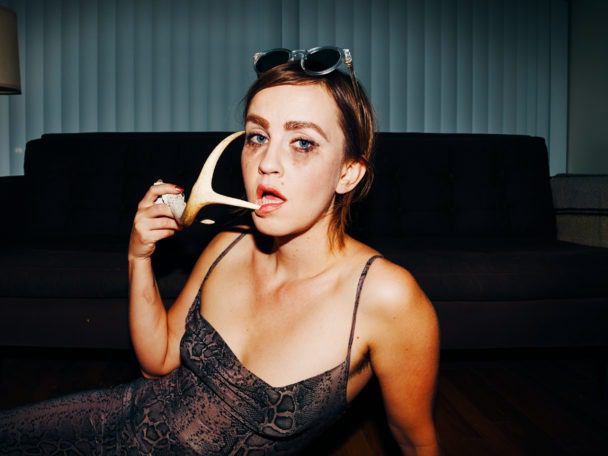 Back in February, Johanna Warren announced she was returning with a new album called Chaotic Good. So far, we’ve heard several tracks from it, including “Bed Of Nails,” “Part Of It,” and “Only The Truth.” And now, ahead of Chaotic Good finally arriving this Friday, Warren has shared one final preview of the album.

The latest single from Chaotic Good is called “Twisted,” and it’s one of the songs that seems to bear that grungier sound Warren reportedly explored on the new album. Here’s what she had to say about it:

Screaming is fun. I used to be too concerned with maintaining a certain crystalline prettiness in my high register to ever let myself go there. It was a very restrictive approach to such a versatile instrument as the human voice. But now that prettiness is something I specifically try to avoid. I’d much rather my voice sound rough and textured. I’m more interested now in trying to make as many different kinds of sounds as I can.

Warren’s not underselling “Twisted.” In the past, it was customary that Warren would weave all kinds of pretty, mystic melodies. “Twisted,” like “Part Of It” before it, is a righteously pissed off, acidic message to someone who’s wronged Warren, and she pushes her voice to its outer limits conveying all the anger and frustration that linger from the situation. “I give up/ I give up/ I gave it my all,” she wails at the song’s climax. Check it out below.