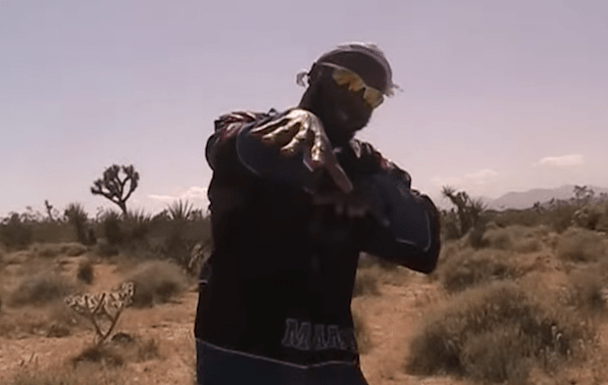 Since the start of the year, JPEGMAFIA has been dropping a series of emphatically-named tracks like “BALD!,” “COVERED IN MONEY!,” and “BODYGUARD!,” and today he’s back with another new one called “CUTIE PIE!”

This one comes attached to another lo-fi video, this time of Peggy rapping out in the desert. It’s a mumbly boast of a track that descends into a spacey outro. In the meat of the song, he raps about how forward-thinking he is — “Steady hand Peggy, my production is a diamond/ Precision execution and timing/ Slick rhyming” — and references everyone from Phyllis Hyman to Pebo Bryson, talks about Billie Eilish’s four Grammys and 21 Savage’s record deal. Watch and listen below.