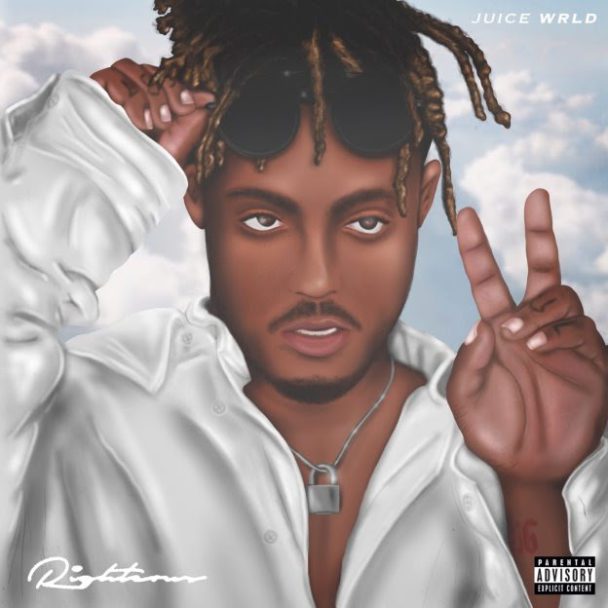 The young emo-influenced sing-rapper Juice WRLD became a star very quickly when his single “Lucid Dreams” blew up in 2018. He died just as abruptly last December, at the unthinkable age of 21, from a seizure stemming from an accidental overdose. As his star rose, Juice’s music was continuing to evolve in exciting ways, and his new single out today suggests he was only getting better.

A couple Juice guest features have popped up since his death — on Eminem’s “Godzilla,” on the G Herbo posse cut “PTSD” — but today’s new track “Righteous” is his first posthumous release as a lead artist. It’s really good and frighteningly eerie.

Produced by Nick Mira, “Righteous” is a melancholy swoon built from arpeggiated guitar riffs and moonbeam melodies; it’s all smooth edges, moody textures, breathy vocals. The vibe reminds me of the depressive reflections Juice WRLD’s fellow Illinois natives American Football were conjuring on their latest LP, as filtered through the perspective of a kid who released a collaborative album with Future. It’s one of the best crystallizations of the sound artists like Juice and the late Lil Peep were pursuing before they passed.

As for the lyrics, it’s alarming to hear Juice rapping so frankly about his own impending death, making peace with it as if he could sense it was coming. The drug abuse that was a mainstay of his music recurs here in lines like “Taking medicine to fix all of the damage/ My anxiety the size of a planet.” There are also several foreboding expressions such as “We may die this evening/ Coughing, wheezing, bleeding” and “When it’s my time, I’ll know/ Never seen a hell so cold.”

A posthumous Juice WRLD album is supposedly on the way.