Kevin Johansen & David Byrne – “Last Night I Was Dreaming With You” 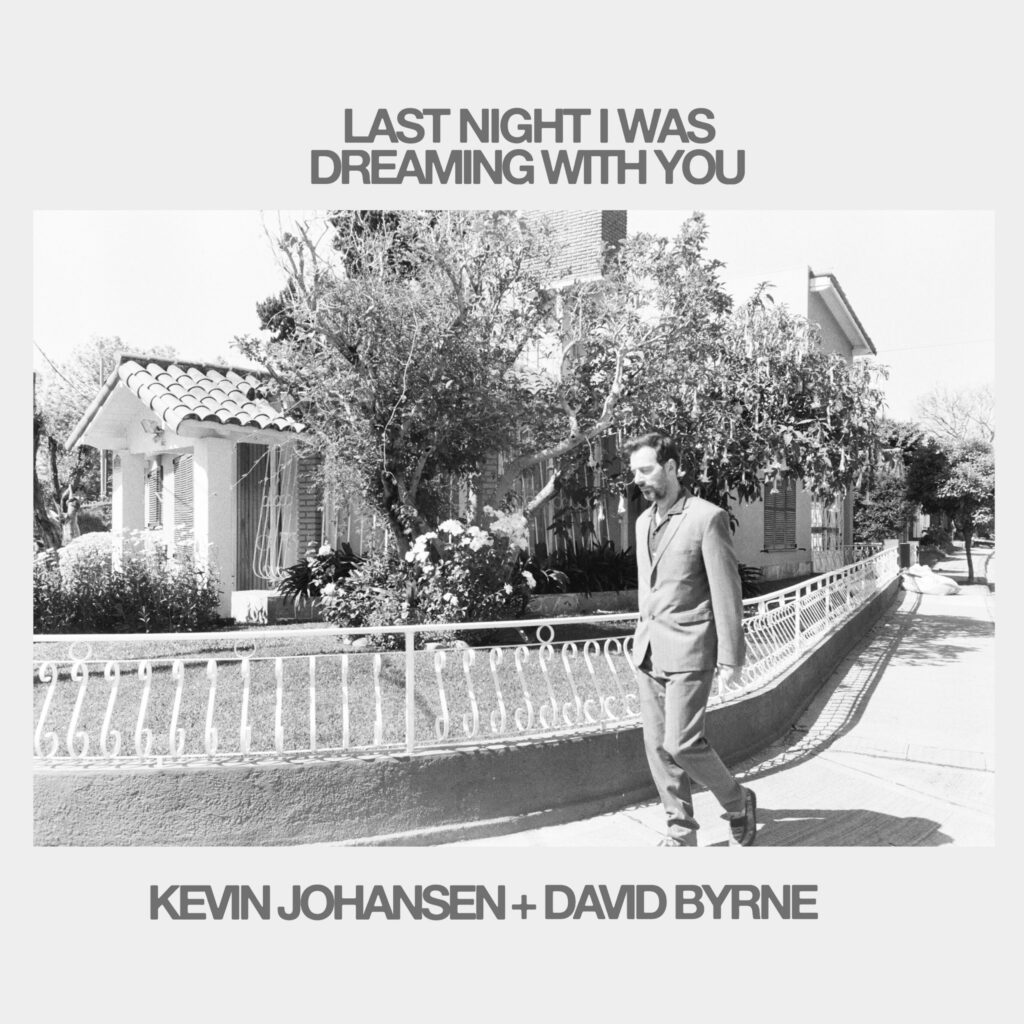 Argentinian singer-songwriter Kevin Johansen has recorded “Last Night I Was Dreaming With You,” a new English version of his 2007 hit “Anoche Soñé Contigo,” in collaboration with the legendary David Byrne. In a statement, the former Talking Heads frontman explains:

I’ve been a fan of Kevin’s for many many years. I saw him perform at a club here in NY some years ago, which I believe was the first time we’d met. When he suggested we do something together I immediately said yes, not even knowing what that might be. When it was suggested we do “Anoche Soñé Contigo” I first tried singing it in Spanish, but although I might have pronounced the words it didn’t sound natural. So, we decided to do an English version — which was easy for me. The song translates easily (as does Kevin’s version of “Heaven”) and we realized here was something new. We recorded my vocal and then a few days later sang it together at the Mercury Lounge here in New York, which was a thrill. The audience it seemed to me were happy — they know the song — and puzzled — they don’t know it in English. So it wasn’t until the final chorus which we sang in Spanish that they all joined in. I could feel their relief — they had been waiting for their turn. Anyway — it’s a beautiful song and I’m honored to be invited to sing it.

David Byrne is the kind of artist I like to call an “unavoidable influence.” From my late teens when a friend probably showed me the song “Heaven” by Talking Heads along with the production by Brian Eno, or later repeatedly listening to the Little Creatures album, with the congas in the coda and that “nananananana,” to “Rey Momo” and his tireless cultural work with his Luaka Bop label. His freshness, his anti-swing swing, his approach to choreography, his daily biking and taste for surrealism or the non-sensical. A “sentipensante” like they say in Colombia (like a sensitive thinker). A complete original, and one of the reasons why I played several years at CBGB’s when I arrived in NY. Therefore, my excitement and thrill to sing along with him in this English version of “Anoche Soñé Contigo.” A completely new song, with his poetic help, “Last Night I Was Dreaming With You.” Cheers and thanks, Maestro Byrne!

We are making an album with new versions of his own songs and songs by other composers, also exploring invitations to musicians that dialogue aesthetically with his music. One of them is David Byrne. When we asked him which of Kevin’s songs he would like to sing, he sent us a list of 20 songs and we finally did “Anoche Soñé Contigo.” Kevin is a bilingual artist raised in both cultures, Anglo and Latin, and he moves fluently in both languages. This was a perfect occasion to transform one of his well-known songs and take it to English. David opens the song with the trademark signature of his voice, and we were surprised by how well both voices combined, with Kevin’s velvet baritone and Mr. Byrne’s nervous tone and edge.

Listen to “Last Night I Was Dreaming With You” below.