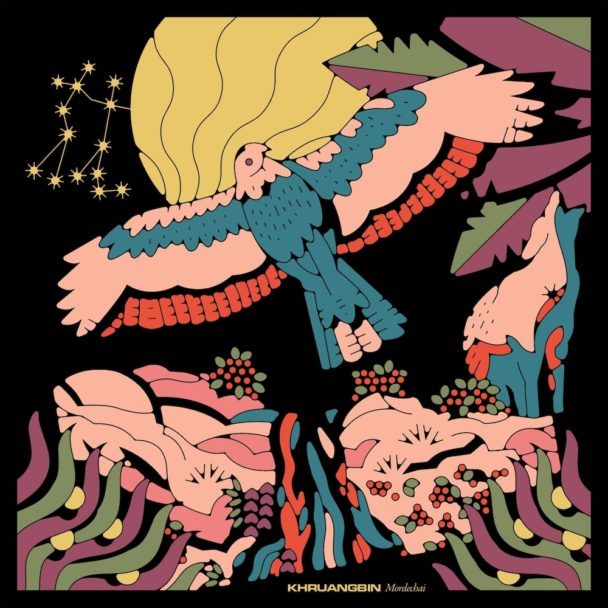 The Houston psychedelic trio Khruangbin have established quite a name for themselves over the last few years. They released their debut album, The Universe Smiles Upon You, in 2015, though they had been around for long before that; in 2018, they released their second album, Con Todo El Mundo and then reimagined the whole thing the following year as Hasta El Cielo. Earlier this year, they teamed up with Leon Bridges for a collaborative EP, Texas Sun, and in between all that they became festival mainstays, working up enough clout to even perform with Wu-Tang Clan.

Today, the band are announcing a new album called Mordechai, named after one of Laura Lee Ochoa’s friends who encouraged her to jump from a waterfall. That moment stuck with her, as did the feeling of weightlessness that comes with taking a big leap. The album’s lead single, “Time (You And I),” is groovy and hypnotic, one of the most immediately likable things that the band has put out, with an insistent disco beat and some motivational, nostalgic mantras worming their way throughout. The track, like most of the rest of the songs on Mordechai, feature vocals, a change for the band.