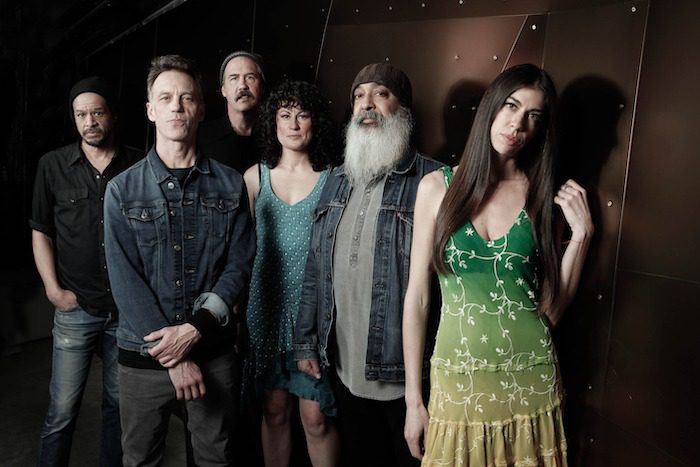 Some of the most iconic musicians in grunge history have gotten together to form a new band, and they’ve just released their debut album, without even so much as announcing the band’s existence ahead of time. The new supergroup 3rd Secret features Nirvana bassist Krist Novoselic, Soundgarden guitarist Kim Thayil, and Pearl Jam/Soundgarden drummer Matt Cameron. Just by itself, then, this new band includes members of the three biggest and most important grunge bands of all time. 3rd Secret’s membership also includes Bubba DuPree, guitarist for the messy, intense, and vastly influential early-’80s DC hardcore band Void, and singers Jennifer Johnson and Jillian Raye, both of whom are in Novoselic’s other band Giants In The Trees.

3rd Secret’s self-released, self-titled debut album is out now. The band recorded the LP with Jack Endino, a producer who goes all the way back with the members of the band. (Endino produced Nirvana’s Bleach and Soundgarden’s Screaming Life, among other grunge and underground rock touchstones.) The new album hasn’t shown up on every streaming service yet, and on their website, the band asks fans to “please be patient” as they deal with Apple Music and all the others. But the album is on Spotify now, and you can also hear every song on YouTube. (The band suggests that you start with “I Choose Me,” the second song on the LP.)

On first listen, the 3rd Secret album switches back and forth between misty, mythic Led Zeppelin III-style folk-rock and the more overdriven riff-sludge that you’d probably expect from this combination of musicians. It sounds fucking sick. According to Rolling Stone, the band’s members have made a few cryptic statements about a new project in recent interviews, and they recently played their first show at Seattle’s Museum Of Pop Culture; Matt Cameron posted a photo from that show on Instagram. Still, this is pretty much just a whole new supergroup revealing its existence by releasing an entire debut album on the world. That rules. Stream the album below.

The self-released 3rd Secret is out now.