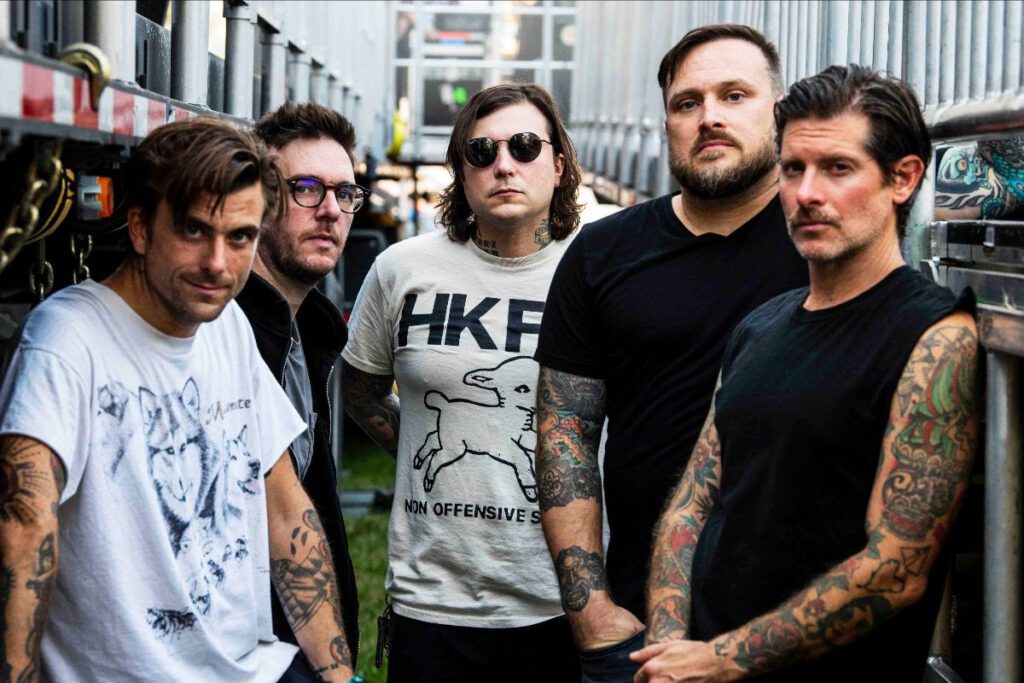 L.S. Dunes, the new band featuring members of MySpace all-stars Thursday, Circa Survive, My Chemical Romance, and Coheed And Cambria, will release their debut album Past Lives next month. They’ve already shared singles “Permanent Rebellion” and “2022,” and today they offer a third.

“Bombsquad,” debuted during the band’s Riot Fest set, arrives today along with a live performance video. Singer Anthony Green says it was inspired by his disgust with Donald Trump and the Jan. 6 attack on the US Capitol:

The lyrics for “Bombsquad” came from a poem that I wrote around the time of the January 6th insurrection. In the midst of the pandemic, people were trying to take down the government because a ConMan politician couldn’t admit that he had lost the election, not for any legitimate grievance or protest. The song is a rage against society’s depressing and destructive forces.

Hear “Bombsquad” and watch the performance video below.