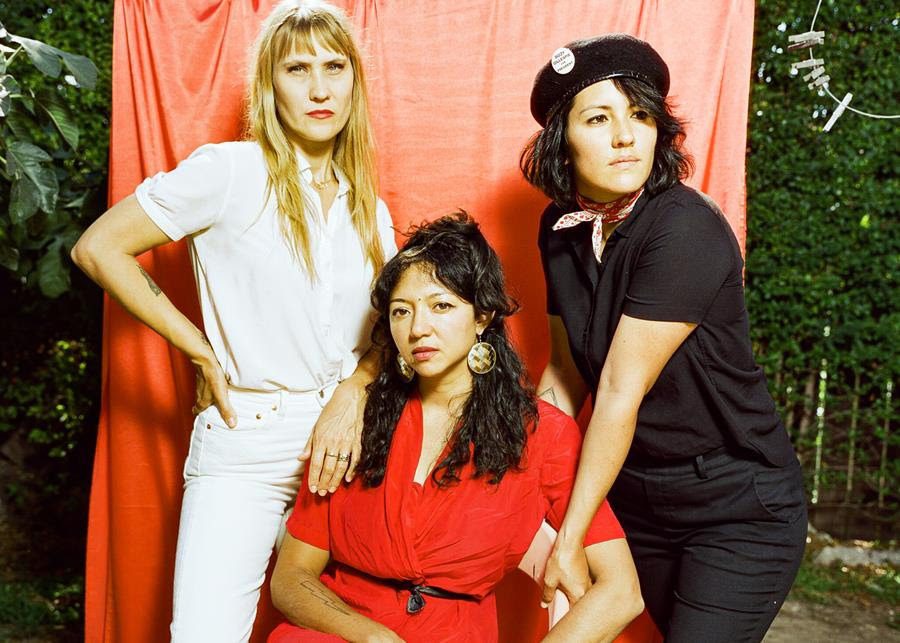 This fall, the LA-via-Seattle trio La Luz will release their new self-titled album. The band comes from the indie-pop world, but they recorded the LP with Adrian Younge, a producer who normally works in soul, jazz, and funk. Thus far, the results have been pretty amazing. The early singles “In The Country” and “Watching Cartoons” have been psychedelic, harmony-heavy stunners. Today, La Luz have shared a third track from the album, and it’s another great one.

La Luz’s latest single is called “The Pines,” and it’s an ode to the timeless pleasures of getting high in the woods. The song is more upbeat than the past two singles, but it’s got a similar sense of shimmering, out-of-time weirdness. The members of the band layer harmonies all over each other, and there’s a cool surfy twanginess to the guitar. In director Hamilton Boyce‘s video, the three members of La Luz use green-screen technology to magically visit places like a rodeo and a classroom. Check it out below.

Last month, Brighton Band To Watch Thyla announced that their long-awaited debut album would arrive early next year. They’ve already shared the impeccably catchy “Gum,” and now they’re sharing a follow-up, “3.” Shimmering with synths and glossy guitar-lines, “3” soars with a shout-along chorus about “ego, pride and suffering and the folly of living in […]

Last month, Low Life announced their new album From Squats To Lots: The Agony And XTC Of Low Life. At the time, they also shared a new song, the pseudo-title-track “Agony & XTC.” Today, they’re back with another one. Low Life’s latest is called “Hammer & The Fist.” Namechecking the sonic territory of My Bloody […]

Beachheads, the power-pop quartet that shares half its members with the Norwegian metal band Kvelertak, are working on the full-length follow-up to their 2017 self-titled debut. They shared the new song “Jupiter” earlier this year, and today they’re back with the jangling, chiming “Down South,” which guitarist Vidar Landa says is his favorite song on […]