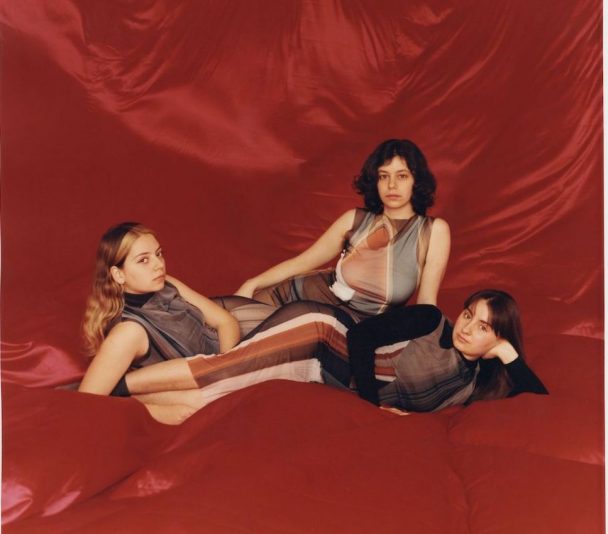 Later this month, the Barcelona post-punk band Mourn — now a trio after the departure of their drummer — will return with the new album Self Worth. They’ve already shared three early singles from the album: “Call You Back,” “This Feeling Is Disgusting,” and “Men.” All three of them rip. Today, they’ve shared a fourth track, and it arguably rips even harder.

Mourn’s new song “Stay There” is a hard, slashing piece of music. The band locks into a seething, elemental groove that reminds me of scuzzed-out ’90s underground rockers like the Jesus Lizard. But instead of growl-bark wildman vocals, we get all three women in Mourn singing loud, intense, artfully arranged harmonies. Those vocals are more fired-up than technically sound, but they add a whole new energy to a sound like this.

In a press release, Mourn have this to say about the song:

“Stay There” is a song about ending an abusive relationship and the feeling of freedom afterwards. Of course there’s always sequels, but we’re keeping the distance, telling them to stay there where they are and don’t come bother us anymore. And also this song is about healing from that, even though it doesn’t explicitly say that in the lyrics, this song served us to do so, to get all the negative and bitter feelings out of us.

Self Worth is out 10/30 via Captured Tracks. Pre-order it here.