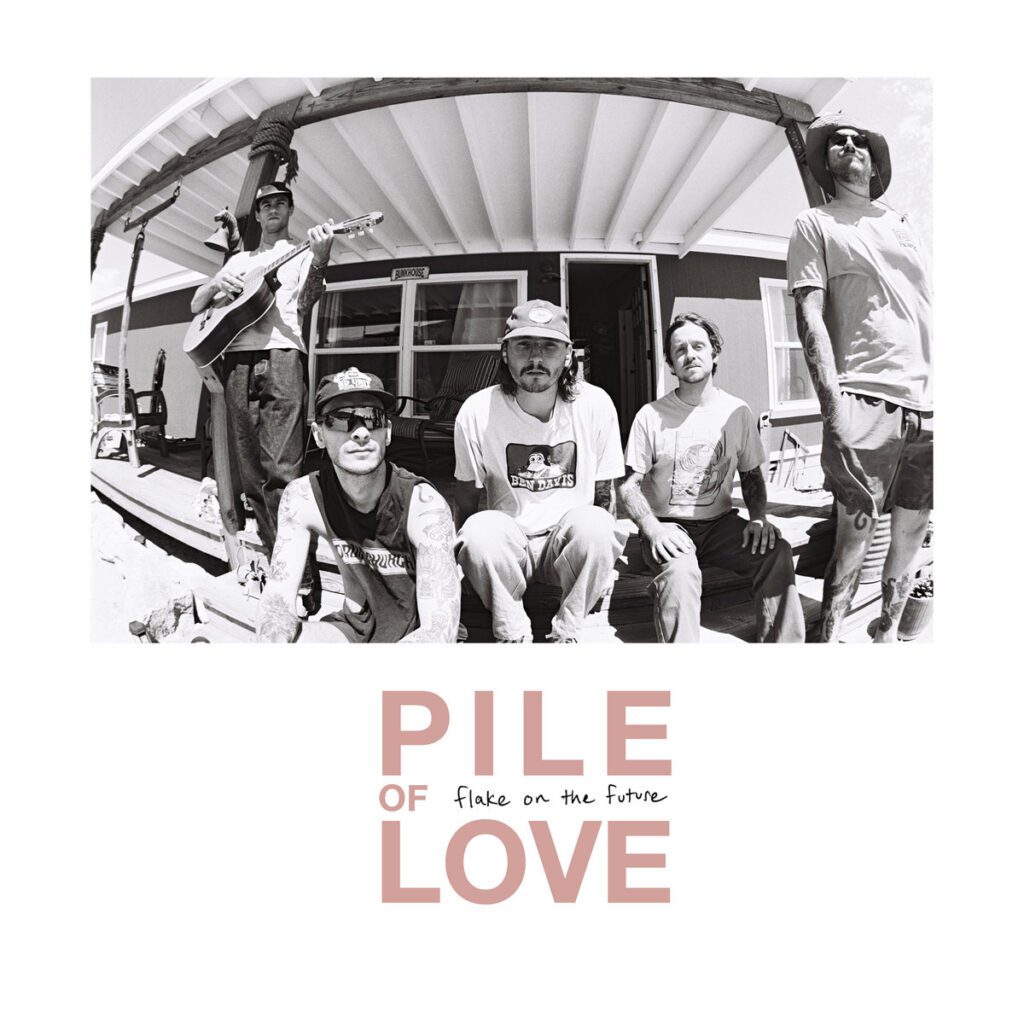 Last year, a bunch of members of bands like Drug Church, State Champs, and the Story So Far got together to form a new power-pop band called Pile Of Love, and they did it without telling anybody. In fact, Pile Of Love didn’t inform the world of their existence until their self-titled debut album was already out. That’s not the way bands usually do it! Now, Pile Of Love are planning to follow that album with a new EP next month, and they’re letting the world know about it in a less unconventional way.

Pile Of Love’s new EP Flake On The Future is coming out next month, and it’ll feature a cover of the Guided By Voices classic “Game Of Pricks.” Pile Of Love have just dropped a video for “Over & Out,” one of the three non-cover songs from the EP. “Over & Out” is a propulsive, fuzz-drenched hookfest about being “just another shadow in a cave” — that classic sad-lyrics/happy-music dichotomy. Below, check out the “Over & Out” video and the Flake On The Future tracklist.

The self-released Flake On The Future is out 11/11.