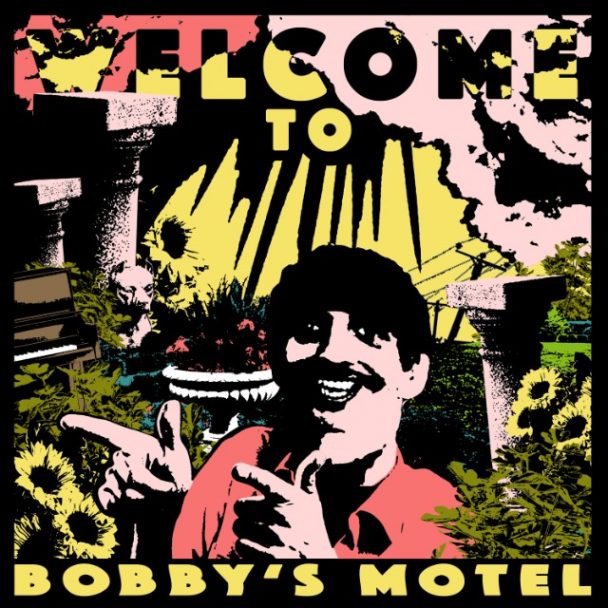 Pottery are gearing up to release their debut album Welcome To Bobby’s Motel next month, and we’ve already heard a bunch of great stuff from it. First there was the multi-part freakout “Texas Drums Pt. I & II,” then the jittery “Take Your Time,” and finally the languid, psych-tinged “Hot Like Jungle.” And today, the Montreal quintet are back with another new track from the album.

The latest preview of Welcome To Bobby’s Motel is called “Hot Heater.” Here’s what the band had to say about it:

While there are hints of environmental themes on this one, we mainly wanted to make a disco song with a robotic feeling, something that could be easily chanted. Austin was originally really interested in heat as a musical concept/feeling — some of the early album titles we threw around were Hot Hot Hot and Sun Fever — and there are a bunch of other heat references on the album [see previous single “Hot Like Jungle”]. In the studio he’d be joking around and yelling stuff at us like “Let’s make it hot!” right before a take. A lot of that didn’t end up totally sinking in, but some did… like on this song.

If you caught Pottery at any point last year, you’ve probably already had “Hot Heater” stuck in your head for months. It was one of the standouts, one of the songs not on their EP that, when it appeared in those sets, immediately suggested the band was undergoing an exciting evolution. “Hot Heater” starts off slower, but once it bursts into its fried Talking Heads chant/groove, it never lets up. Just like the band intended, it’s a sweaty and robotic disco jam — and it’s very addicting. Check it out below.

Welcome To Bobby’s Motel is out 6/26 via Partisan. Pre-order it here.