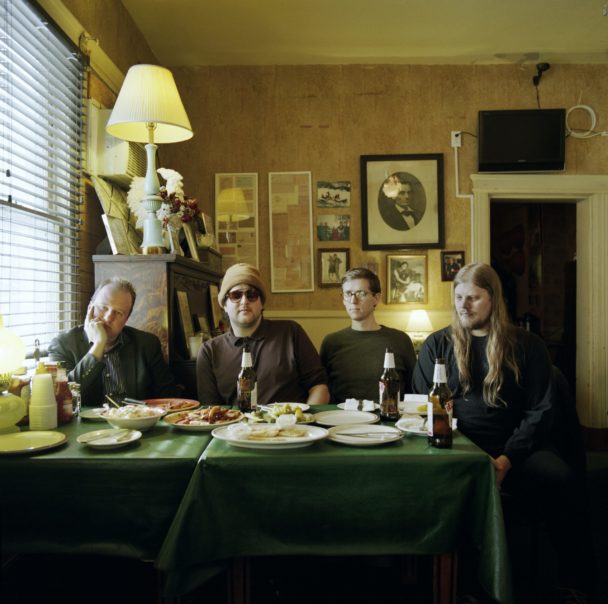 Last month, Protomartyr revealed they would return with a new collection of their bleakly philosophical, apocalyptic rock called Ultimate Success Today. Along with the announcement, they shared the album’s lead single “Processed By The Boys” — a very promising first glimpse that ranked amongst our favorite songs that week.

Today, they are back with some good news, and some bad news. Protomartyr, like many other artists, are delaying the release of their new album. Originally slated for 5/29, Ultimate Success Today will now arrive on 7/17. Think of it this way: If we actually get out of quarantine this summer, weren’t you already thinking that a new Protomartyr album would be the perfect soundtrack for a July cookout with the family?

Anyway, there’s also the good news: While we might have to wait a while longer to hear Ultimate Success Today, we do not have to wait to hear a new Protomartyr song. Today, the band shared the album’s closer “Worm In Heaven.” It’s a pretty uncharacteristic one for the group, restrained up until its final shuddering moments. Moody and meditative, it’s almost what would pass as a ballad in Protomartyr’s world.

The song comes with a unique video made by Trevor Noad. Here’s what he had to say about it:

The idea is a sort of dream chamber that has lured its creator into a near-constant state of isolation. She lives out her days trapped as the sole subject of her own experiment: the ability to simulate death. It is like a drug to her. Everything takes place in a small, claustrophobic environment. With soft, yet sterile visuals. Perhaps a strange combo to reference, but imagine the cover of the Rolling Stones’ Goat’s Head Soup and the character of Carol White in Todd Haynes’ 1995 film Safe.

I’d been experimenting with shooting multiples of still photographs and stitching them together so that there’s subtle movement. Almost like a 3-D camera effect, but awkward and sort of unsettling — like looking at a photograph under shallow water. I shot upwards of 700 still frames on a Nikon F Photomic camera. I embraced the lines and artifacts from the film scans, which give a sort of Xerox quality to some of the images. All the special effects were done in-camera using mirrors, projectors and magnifying glasses.

Ultimate Success Today is out 7/17 on Domino. Pre-order it here.