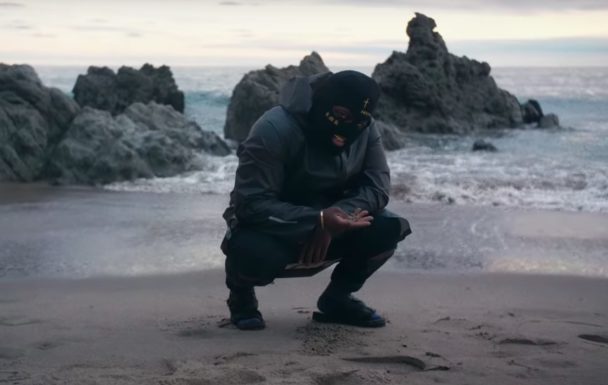 Back in the long-ago nether-time of February, a strange video swam across our timelines. RMR, a masked and as-yet-unidentified singer, came out with his clip for “Rascal,” a lovely and minimal street-survival tale set to the tune of Rascal Flatts’ 2004 country power-ballad hit “Bless The Broken Road.” In the video, RMR and his friends wore ski masks and flashed gold teeth and pointed guns at the camera. The whole thing screamed “publicity stunt,” and there were rumors that RMR was really a former contestant from The Voice, but none of that detracted from the weird beauty of the entire spectacle.

We still don’t know who RMR is, though he’s now given a couple of interviews and seems to be fully in the industry mix. Today, as The FADER points out, RMR has come out with a second song and video. This one is for “Dealer,” which is more of a standard trap-influenced R&B song. It’s got a beat from Chris Brown collaborator ISM rather than a single lonely piano. It does not, as far as I can tell, interpolate any recent Wal-Mart country classics. Still, it’s a pretty cool song.

The video is pretty cool, too. RMR, still in that ski mask with the fake face tattoos stitched onto it, goes for a ride to the beach with a beautiful woman, and she buries him in the sand. It seems like this is supposed to be some sort of metaphor for solitude rather than just a fun day at the ocean, which is pretty funny. Check it out below.

“Dealer” is out now on the streaming services.