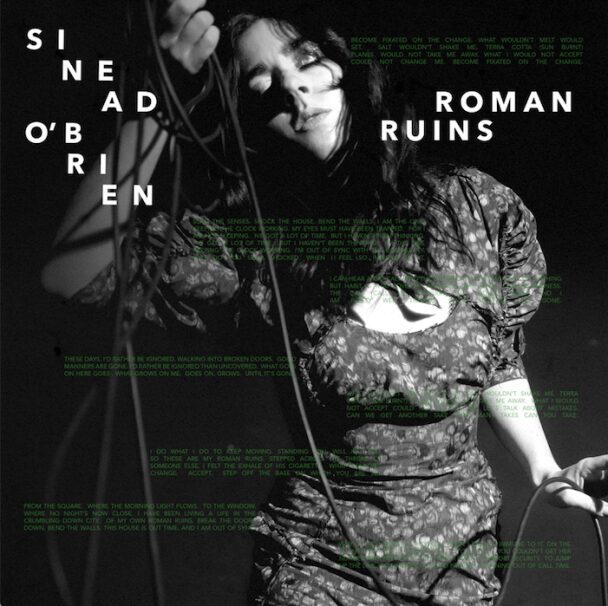 If you’ve been paying attention to the rock scene of the UK and Ireland in recent years, you are probably already familiar with Dan Carey and the wave of artists associated with him. The Speedy Wunderground head has proven to be a crucial figure in bringing this weird, unclassifiable generation of new, arty rock bands to us across the ocean. Black Midi, Squid, Fontaines D.C., they’ve all worked with him, and they’ve all made some of the most exciting rock music in recent memory. Now you can add another name to the list: Sinead O’Brien.

O’Brien is a poet and songwriter, originally from Limerick but now based in London. While she’s built a reputation publishing writing in esteemed places like London Magazine, she’s also began releasing singles that blend a kind of nervy, wiry post-punk/no wave backdrop with her spoken lyrics. Now, she’s gearing up to release her debut album Drowning In Blessings, produced by Carey and due out via Chess Club.

Along with the announcement, O’Brien has released a single called “Roman Ruins.” Here’s what she had to say about the inspiration behind the track:

“Become fixated on the change… Change must show its face on mine. I am here calling it, needing it. I will not wait any more.” This was written in a notebook a few days before “Roman Ruins.” Written while living in the mansion with 50 people in Hampstead; a sudden realization occurred. It allowed me to see in the brutal light of day. The illusion was collapsed. Exploded. Statues, monuments, clay and ancient structures emerged… A hidden city. The city wants to stay hidden. This is the blind spot.

All four of my bedroom walls faced a different room or hallway. It was set up like a boxing ring. I could hear multiple narratives, coming from all directions even in my sleep. There were “episodes” reeling in my mind through the night and into morning. The relentless sounds, conversations. Images from the lyrics are also heard in the musical arrangement. “Standing still will kill you”; This shuffling drum, checking in and out like the rug pulling from underneath the feet. Unsettling the foundations. Revealing the ground under. The drum has this magnetic raw power over the other elements — almost tidal. I love this bossiness.

“Roman Ruins” suggests O’Brien is yet another new, idiosyncratic voice coming from across the Atlantic. The song is off-kilter, sort of queasy — the whole thing has a kind of strung-out, smoke-filled atmosphere. O’Brien’s recitations bleed in and out of conversation and half-melody; in its strange way, “Roman Ruins” will lodge itself in your head, becoming surprisingly catchy. Check it out below.

The Drowning In Blessings EP will be out later this year via Chess Club.