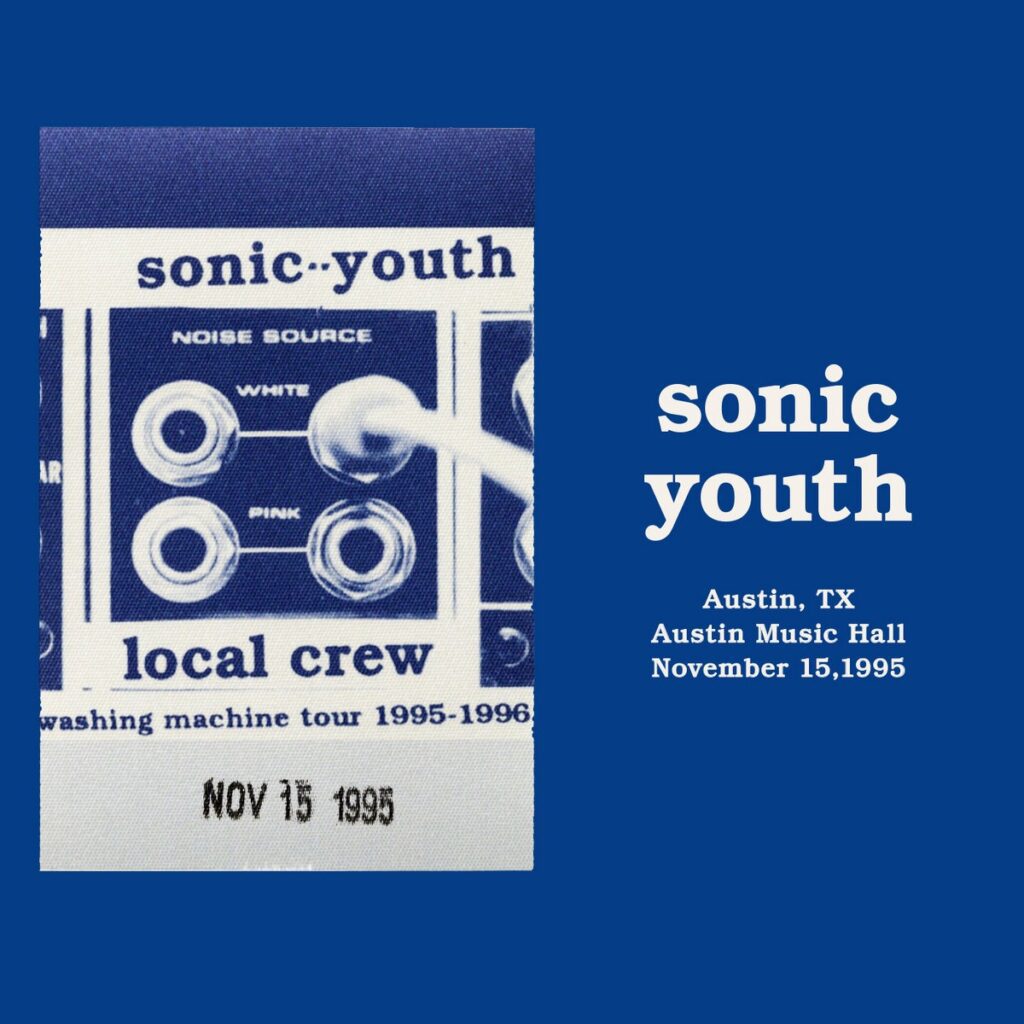 Almost exactly a decade ago, Kim Gordon and Thurston Moore announced that they were separating. This essentially marked the end of Sonic Youth, the band that the two of them had led for a very long time. Since then, all the members of Sonic Youth have gone on to other projects, and they haven’t exactly had a ton of warm things to say about one another. Still, it appears that the former members of Sonic Youth still share some of the same goals and values. Today, for Bandcamp Friday, they’ve released a pair of live albums to benefit a cause close to their hearts.

In response to the recent Texas state law that effectively bans abortion, Sonic Youth have shared two live albums, both recorded in the state. The first captures a 1995 show at the Austin Music Hall, from the band’s post-Lollapalooza Washing Machine tour. It’s got a 14-minute version of “The Diamond Sea.” The second live album documents a 2006 show at the Gypsy Tea Room in Dallas, from the band’s Rather Ripped tour. Sales from those two live albums benefit Fund Texas Choice and the Abortion Support Network.

Sonic Youth are also selling three new T-shirts on their website. All three designs refer back to the band’s long history in Texas, and all three of them raise money for the same causes. (Good luck getting any of them, since the band’s website seems to be way overloaded right now.) A note on their Bandcamp page explains the sentiment behind these releases:

In its posthumous state, Sonic Youth have dedicated great energy in making previously unreleased sounds available to their fanbase. Historically, their trailblazing cross-country tours of back to the mid 80’s consolidated their independent/artistic stance with many formative Texan bands and artists, including the likes of the Butthole Surfers, Big Boys, Daniel Johnston, and Meat Joy. The enduring support from Lone Star state fans for SY warrants a favor returned specifically for this state’s fanbase, and in broader scope, Sonic Youth support a national and world community where abortion is embraced as health care and a human right.

You can buy both albums at Bandcamp.