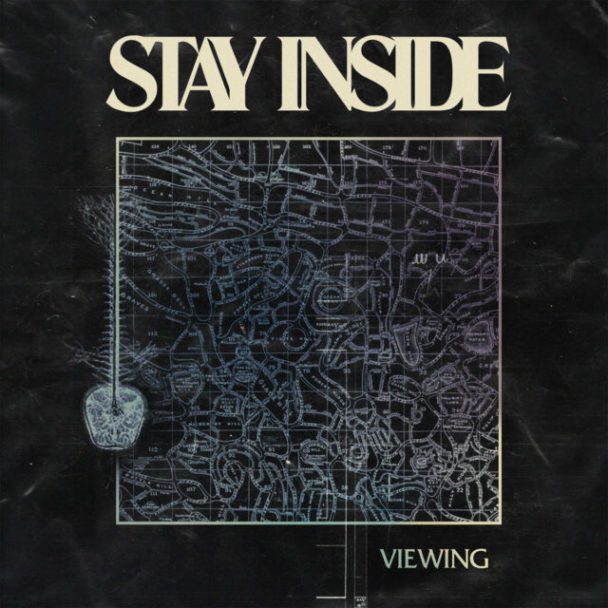 Despite the name, Brooklyn’s Stay Inside are not specifically a pandemic-themed band. They released their debut EP The Sea Engulfs Us And The Light Goes Out back in 2018 — not long ago, in the grand scheme of things, but in a time when COVID-19 only existed in pangolin scales or whatever. Still, if you’re looking for music that captures and channels some of the anxiety and hopelessness that many of us are feeling right now, Stay Inside’s debut album Viewing is pretty ideal.

Stay Inside’s sound is a grand, clangorous, romantic take on the emo and post-hardcore of the late-’90s. They write big melodies and howl them out over heavy guitars and oblique rhythm-section churns. There are moments of great serenity on Viewing, and there are also big buildups of serrated catharsis. Sometimes, those moments are the same. Their lyrics tend towards the poetic. Three of the four members of the band sing — one, Chris Lawless, is credited with “screams” rather than “vocals” — and their interplay is extremely cool.

Viewing is one of the most assured indie rock debuts I’ve heard in a long time. We posted the early tracks “Ivy” and “Monuments,” but you should really hear the whole thing. Listen to it below.

Viewing is out now on No Sleep Records.