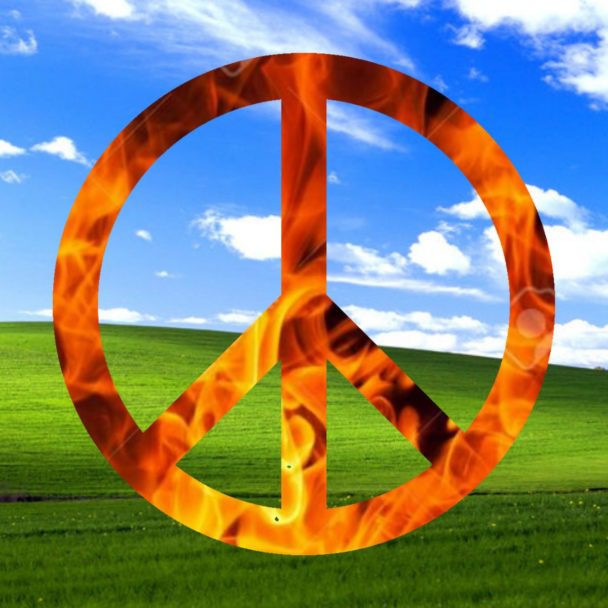 Last week, Black Dresses previewed their new album, Peaceful As Hell, with the single “CREEP YOU” and today the whole thing is out in full. It’s the fourth full-length team-up between Devi McCallion and Rook, the most recent being last year’s LOVE AND AFFECTION FOR STUPID LITTLE BITCHES. Like that one, it sees them easing back from the all-out noise assaults of their earliest material. There are more spacey, whirring soundscapes here, and even some twitchy, perfectly-constructed tracks that could pass for indie rock.

They’re still making songs about the apocalypse, though, a mission that feels more pertinent now than ever before, so the indelible pop moments are broken up by screams and booming thunderclaps. But they approach the end of the world more like a gnawing toothache, inevitable and also something that can maybe even be dealt with. When you’re faced with so much destruction, it almost becomes normal. “Every day is the same/ It’s just more of the boring shit from before,” McCallion sings on one track. ” I thought it could be something different/ But no it’s the same thing only much more.”

Peaceful As Hell is out now.