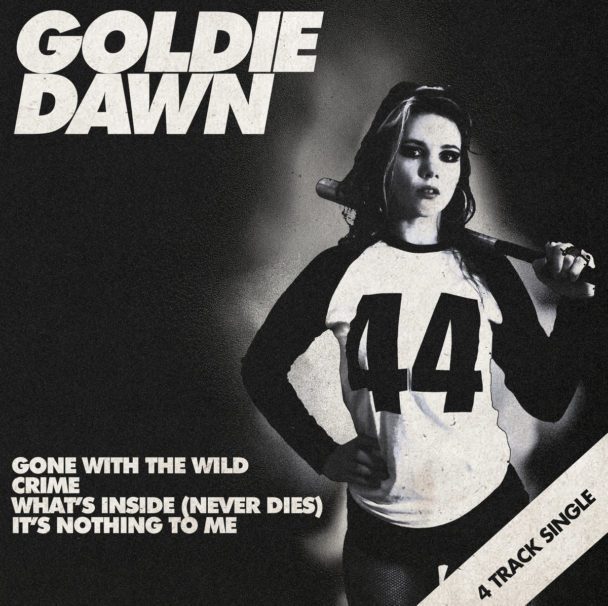 If you have any love in your heart for vintage punk rock, then you are going to want the Goldie Dawn EP in your life. Goldie Dawn are a Glasgow band who play ripsnort riff-stomp garage-punk with at least a little bit of ’70s classic-rock swagger injected. The band has hooks and attitude to burn, and they make the kind of music that might make you want to buy a leather jacket and smoke cigarettes under the bleachers of your nearest high school.

Today, Goldie Dawn released their self-titled debut EP, and it rocks. The first song sounds a whole lot like the Donnas, which is a very good thing. The last song is drooling mutant country music, which is also a good thing. The middle two songs sound like the feeling you felt the first time you opened a butterfly knife without dropping it or slicing your finger. This is that good shit. If you liked the recent records from Dark Thoughts or Chubby And The Gang, then you owe it to yourself to hear this one. It’s below.

The Goldie Dawn EP is out now on Drunken Sailor Records. And speaking of Drunken Sailor, the band also just released A Love Story Of Drugs & Rock & Roll & Drugs, the new album from Richmond hardcore punk troglodytes Cement Shoes. The EP opens with an imitation-fart cover of the Universal Pictures opening fanfare, and it only gets dumber from there. They sound nothing alike, but if you like the Goldie Dawn EP, there is a good chance that you will also like this one. Stream it below.