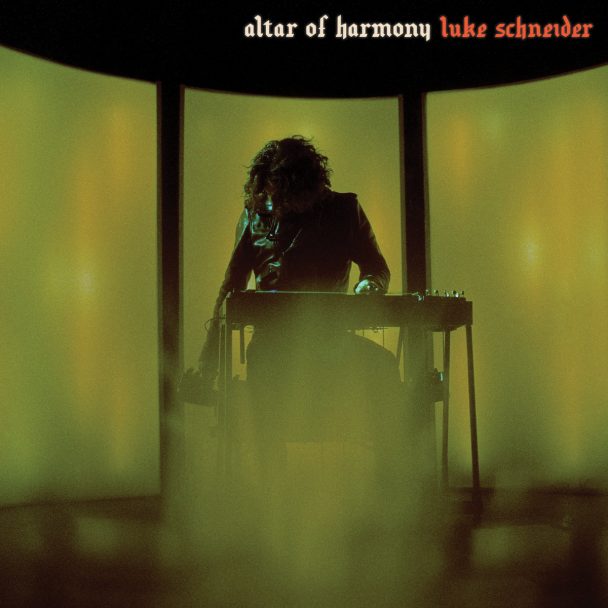 Luke Schneider has long been an in-demand sideman in Nashville, and now he’s an ambient new age composer. In both capacities, Schneider deploys the pedal steel, an instrument that usually adds some weepy twang to country songs. That’s how Schneider’s playing tends to function when he sits in with the likes of Margo Price, William Tyler, and Orville Peck. But on Altar Of Harmony, his debut album out today, he unleashes the instrument — specifically, a 1967 Emmons Push/Pull pedal steel guitar — in an entirely different way, stretching out its harmonious tones into a gorgeous droning infinity.

The sounds Schneider conjures on Altar Of Harmony are not unprecedented. Others such as Chuck Johnson have explored the pedal steel’s capacity for ethereal sprawl. And as Douglas McGowan explains it in the album’s promotional materials, “The history of new age music from south of the Mason-Dixon line is largely a secret one. But the south is where we find one of the genre’s most important distributors — New Leaf, in Kentucky, some of its most accomplished synthesists — Don Robertson, Geoffrey Newhall, William Linton, amongst others, and acoustic musicians like PC Davidoff and George Tortorelli.”

Still, this will be fresh musical territory for most ears, and Schneider has discovered breathtaking beauty within it. If you’ve heard Altar Of Harmony’s advance singles “Anteludium” and “Lex Universum,” you already know. Along with today’s album release, Schneider has shared a video for “mundi tuum,” Latin for “your world.” Behold it all below.

Altar Of Harmony is out digitally now and on vinyl 6/19 via Third Man.