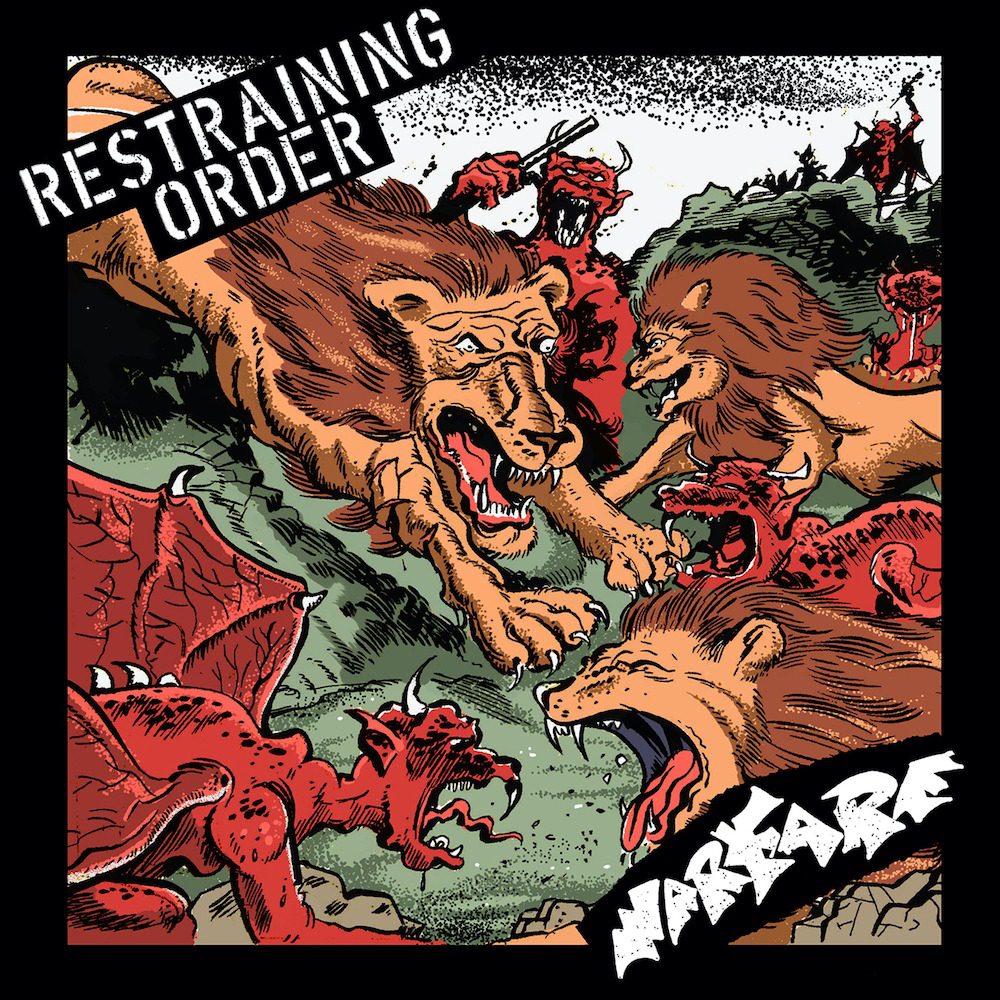 Two years ago, the Massachusetts band Restraining Order released their full-length debut This World Is Too Much, and it ruled extremely hard. Restraining Order play fast, feverish, supremely catchy 1982-style hardcore; they’re the rare present-day band who might’ve once made sense on a bill with Minor Threat. They play so fast, in fact, that their full-length is 15 minutes long. Last year, just before the pandemic, I saw Restraining Order play a packed house show, and I loved it. I’m seeing them again this weekend, and I can’t wait. Today, Restraining Order have released two new songs, and they’ve put them out on a split with fellow Massachusetts band Warfare. If you like fast, mean hardcore, that’s a big deal.

Warfare have’t put out anything since their 2018 debut album Declaration. (In this case, we’re stretching the definition of “album” even further; Declaration is eight minutes long.) Warfare are a kind of hardcore supergroup. Justice Tripp, legendary leader of Trapped Under Ice and Angel Du$t, plays guitar for Warfare, while Fury’s Madison Woodward plays bass. Sam Yarmuth, founder of the great label Triple B Records, sings for the band.

The new Restraining Order/Warfare split is being marketed as “the return of fast hardcore,” and that seems just about exactly right. Restraining Order and Warfare have contributed two songs apiece, and each of those songs is about a minute long. They’re all absolute bangers, too. Restraining Order’s “Times Up” is the kind of thing I would want to hear while riding a dragon into battle. Stream the EP below.

The Restraining Order/Warfare split is out now on Triple B Records.