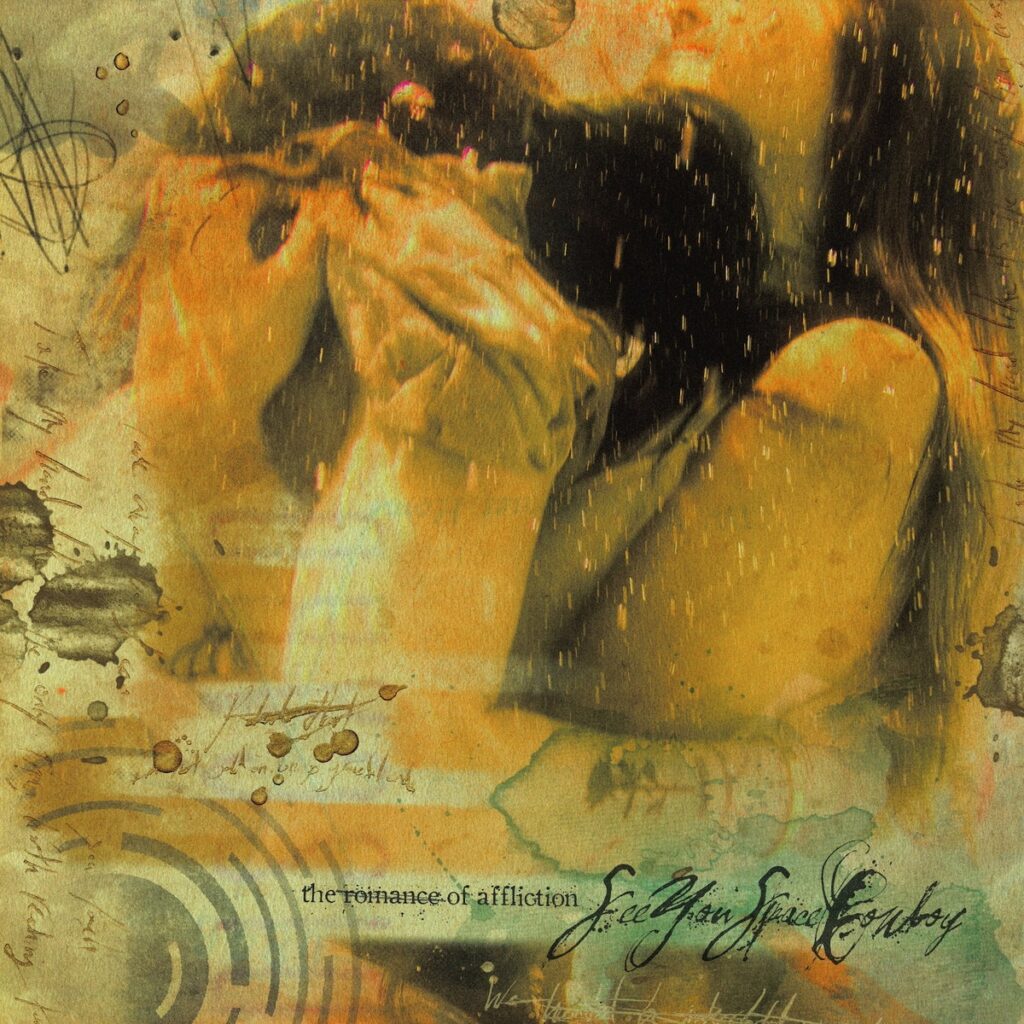 The San Diego band SeeYouSpaceCowboy is a land of contradictions. Half the time, SYSC plays frantic, serrated metallic post-hardcore. Half the time, they make triumphantly hooky, over-the-top ’00s Warped Tour emo-type stuff. Songs swing back and forth between those extremes, wildly and unpredictably. It can be a big ask, but if you’re willing to submit to that splattery, seesawing intensity, this band fucking rules.

SeeYouSpaceCowboy released their full-length debut The Correlation Between Entrance And Exit Wounds in 2019, and they followed it earlier this year with A Sure Disaster, a split EP where they teamed up with the metalcore supergroup If I Die First. Today, SYSC release their second full-on album, a wild and emotive record called The Romance Of Affliction.

The band recorded the new album with Isaac Gale, of Knocked Loose and Inclination, producing. It features collaborations with people like Every Time I Die’s Keith Buckley, Underoath’s Aaron Gillespie, Shaolin G, and the aforementioned If I Die First. We’ve already posted the early singles “Misinterpreting Constellations,” “Intersecting Storylines To The Same Tragedy,” and “The End To A Brief Moment Of Lasting Intimacy.” Now, you can stream the whole thing below.

The Romance Of Affliction is out now on Pure Noise.