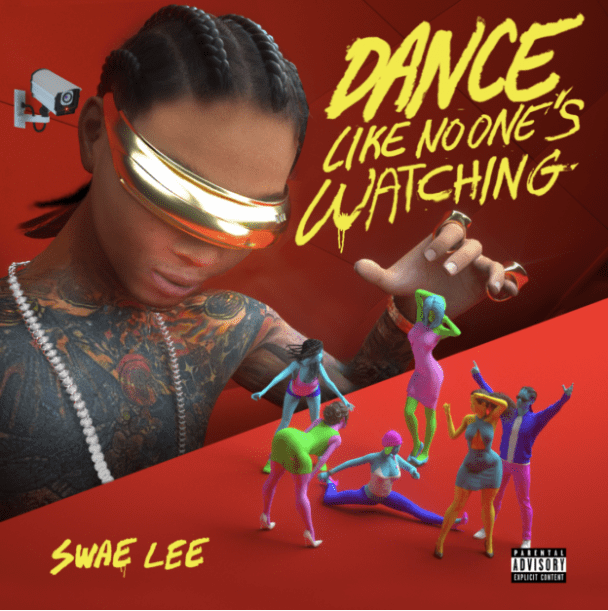 Swae Lee, my guy, we need to talk. You have one of the most distinctive and beautiful voices in modern pop music, capable of eerily hypnotic moonbeam melodies and chirping rap bars alike. More than anything, that voice is what caught people’s attention about Rae Sremmurd, your hip-hop duo with your brother Slim Jxmmi. It was the main driving force behind the success of Rae Sremmurd’s #1 hit “Black Beatles” as well as “Sunflower” and “Unforgettable,” your smash collaborations with Post Malone and French Montana. It’s essentially a pavlovian pleasure trigger for millions of music fans. There is no reason you should not be one of the biggest stars in pop right now.

And yet here you are releasing a new song named for the empty inspirational cliché “Dance Like No One’s Watching.” Worse, instead of the Pinterest-ready graphic design usually affixed to the phrase, you’re promoting it with garish animated cover art — and a video to match — in which you play some kind of Geordi La Forge/puppet master character overseeing an assortment of dancers like some kind of maybe-malevolent deity. It’s weird, man. Real weird shit.

But hey, I also get it to some extent. When even a Drake collab doesn’t break you as a lead artist, it’s hard to know what to do next. At least the rhythm on this song is almost as jarringly bizarre as the rest of the package. If “Dance Like No One’s Watching” takes off, it’ll be one of the stranger hits in some time, so thank you for that.

“Dance Like No One’s Watching” is out now on Eardruma/Interscope.