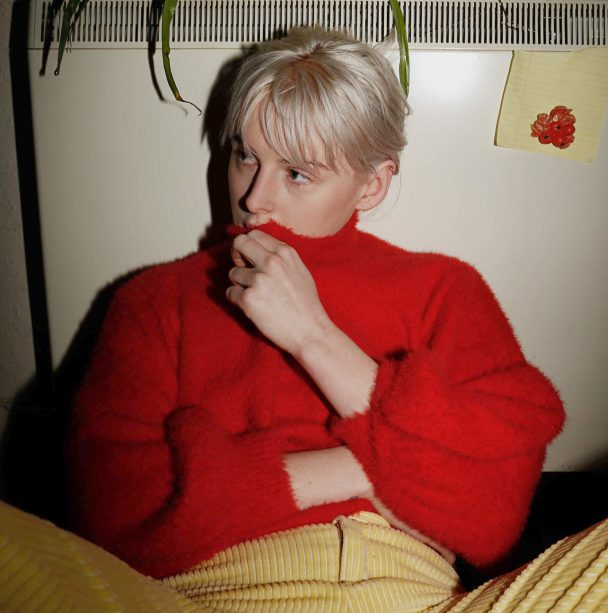 Young Bristol singer-songwriter Fenne Lily announced her signing to Dead Oceans earlier this year with “Hypochondriac,” a gorgeous indie-rock track with a lot of depth beneath its surface-level beauty. It marked Lily as someone fans of artists like Phoebe Bridgers, Stella Donnelly, and Aldous Harding should keep an ear on. Following last month’s “To Be A Woman Pt. 2,” she’s ready to announce her first album for her new label home.

BREACH, Lily’s sophomore release, is coming in September. It’s billed as a more upbeat and urgent spin on the sound she presented on her 2018 debut Hold On, and lead single “Alapathy” bears that out. The breathy vocals and muted palette remain, but the drums and guitar deliver high impact at accelerated speed. The rumbling, scraping feel conjures the creeping anxiety Lily is singing about here. Lily co-produced the song with former Califone member and Modest Mouse producer Brian Deck, including some work at Steve Albini’s Electrical Audio, and all that comes through in its visceral yet understated sound.

The title is a made-up word combining “apathy” and “allopathic,” the latter word referring to (per Merriam-Webster) “a system of medicine that aims to combat disease by using remedies (such as drugs or surgery) which produce effects that are different from or incompatible with those of the disease being treated.” In a press release, Lily elaborates, “Western medicine generally treats the symptoms of an illness rather than the cause,” noting that the song is about starting to smoke weed as a means to switch off your brain. “Two doors down from a deafening sound, I didn’t need it ’til I knew it was gone,” she sings. “Now I move along in distraction.”