The Magnetic Fields – “(I Want to Join A) Biker Gang” 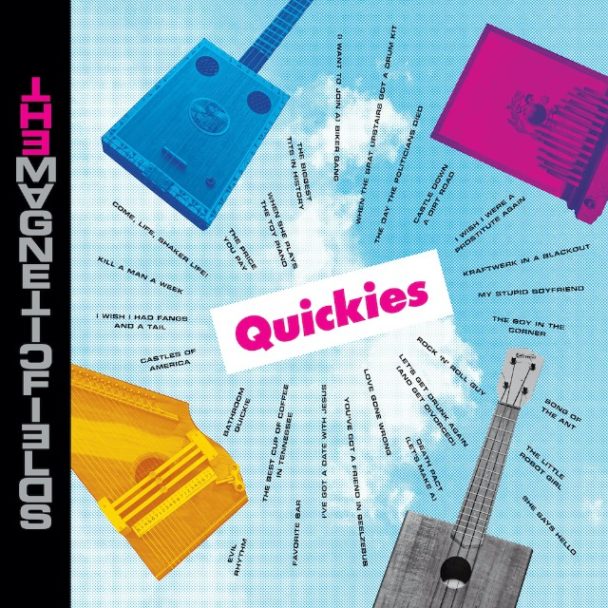 Next month, the Magnetic Fields will release an album that isn’t an album at all. Quickies, the new collection from Stephin Merritt’s longtime cleverness-pop project, is a box set that’ll feature 28 songs — all under three minutes — spread over five EPs. We’ve already posted the early tracks “The Day The Politicians Died” and “Kraftwerk In A Blackout.” Today, the band has shared “(I Want To Join A) Biker Gang,” the song that might have the toughest title and the most conspicuous use of parentheses on all of Quickies.

Musically, “(I Want To Join A) Biker Gang” sounds like the Magnetic Fields’ homespun version of the twangy surf-rock of the ’60s. Merritt and his friends layer up harmonies in gorgeous and vaguely psychedelic ways, but the deep and resonant guitar riff might be the star of the show. The accompanying video is made up entirely of clips from ancient biker exploitation movies, and it is thus fun to watch. Check it out below.