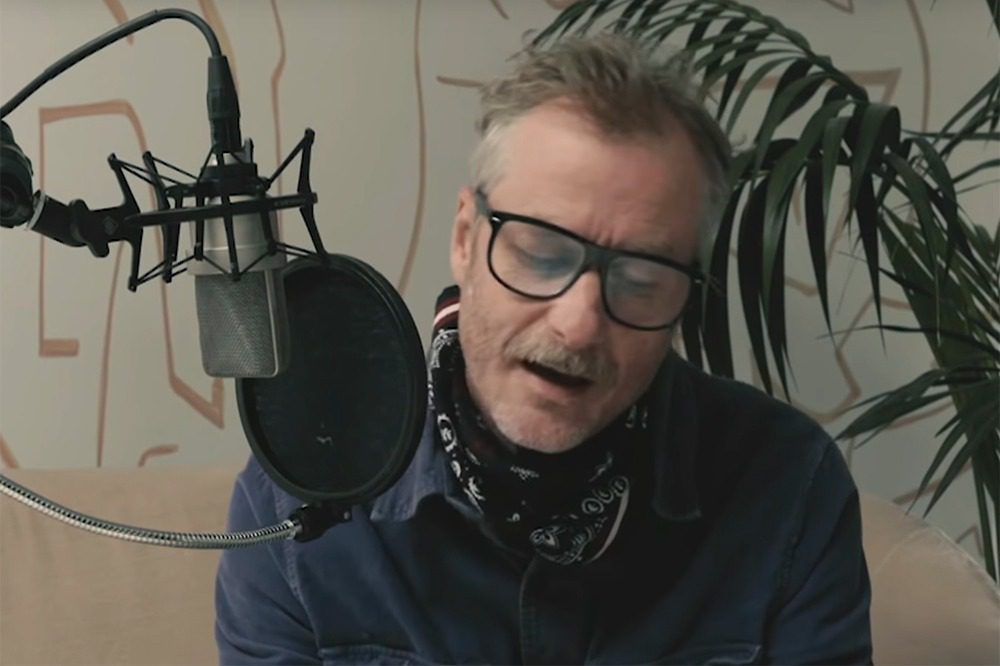 A longtime friend of the evening program, Berninger did a beautiful rendition of the 1998 song, especially with support from the accompaniment of Altman’s piano. Berninger also brought out what appeared to be a series of giant harmonicas fused together, which filled in the open spaces in the song.

“Holes” is one of the tracks off Berninger’s latest release, 7 Inches For Planned Parenthood, Vol. 2 project, which is out now and can be purchased here.

The National have recently started sharing old tour footage and classic concerts as a way to fundraise for their crew who are currently not working due to the coronavirus pandemic. The band is also releasing a set of three LPs to celebrate the 10th anniversary of their album, High Violet. Berninger also appeared on The Walkmen co-founder Walter Martin’s new song, “Quarantine Boogie (Loco),” that was released on Wednesday (April 15) as well.