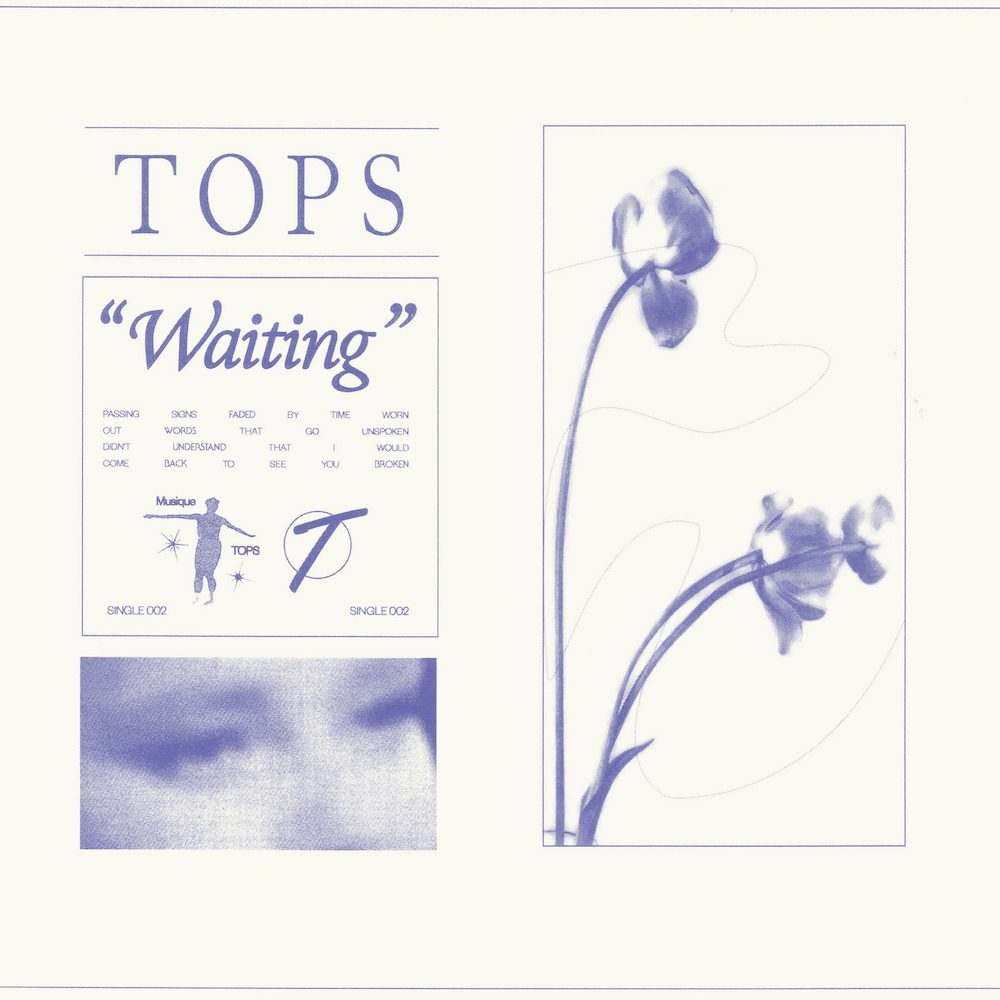 Last July, Montreal indie-pop crew TOPS announced some tour dates and put out the new single “Party Again.” Today, they’re following that up with another new one called “Waiting,” and it, too, is a certified bop.

Here’s what the band had to say about their latest, which puts Jane Penny’s breathy vocals at front and center:

I’m a very nostalgic person and the last year only made me more so. Nostalgia cuts both ways, memories of my past fed me during that time, but became so vivid that they began to seep the colour from the present. I wrote this song as a tribute to the early days of TOPS and the romanticized version that I have of those times, but it became an exploration of the effect of time in general. When I think back on my life, where am I?

Listen to “Waiting” below.