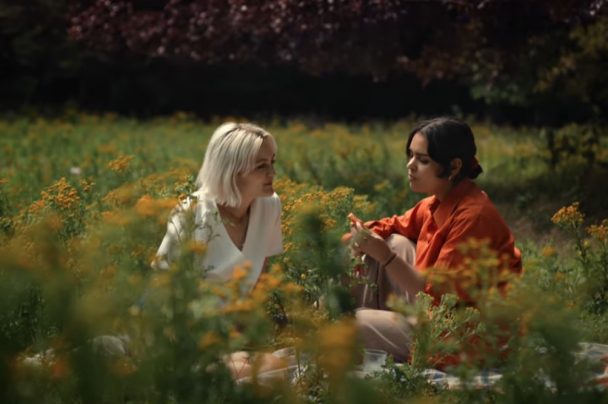 Later this week, original chillwaver Ernest Greene, better known as Washed Out, will follow up his 2017 album Mister Mellow with a new LP called Purple Noon. Greene has already shared the early singles “Too Late” and “Time To Walk Away,” and today, he shares a new track called “Paralyzed.” It’s a fine piece of blurry bedroom-pop that works within what I guess we’ll call the chillwave tradition. But it seems safe to say that the song’s music video is going to get more attention than the song itself.

Human contact, and something as simple as a touch, has new meaning in the context of today. These special times make the viewing experience of physical togetherness a different one, and I wanted to tap into that sentiment in a pure way. The couple we follow in the film capture this simplicity beautifully, and what we see on screen all happened very organically. Encapsulating a perhaps general longing for closeness through a very unpretentious narrative gives this spot a natural honesty that I think visualizes the track in a strong manner.

You can watch it below.