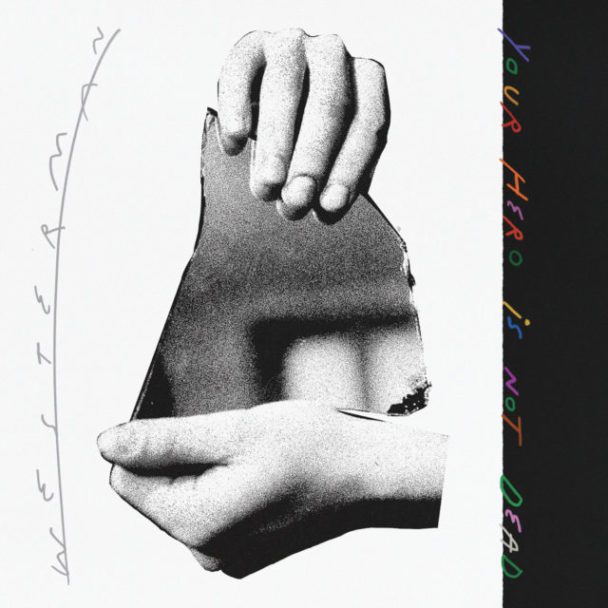 Last month, the UK songwriter and Artist To Watch Westerman officially announced his debut album, Your Hero Is Not Dead. An earlier single, “Blue Comanche,” is on it, alongside old favorites “Easy Money” and “Confirmation.” Along with the announcement, Westerman also shared another preview in the form of “Think I’ll Stay.” And today, he’s back with another one.

Westerman’s latest is called “Waiting On Design.” “I was thinking about the absurdity of the self, and how nobody wants to look at themselves from the perspective of the people they hurt,” he said of the song in a statement. “What’s interesting to me about storytelling isn’t necessarily the stories themselves, but the mutual connection that comes from people’s understanding of what’s being conjured by that story.”

After developing a sudden, frenzied buzz around singles like “Confirmation” back in 2018, it was hard to know where exactly Westerman would go with a full-length album, how his sound might change (or not). Each new Your Hero Is Not Dead feels recognizable as his work, but adds little tweaks. That being said, “Waiting On Design” might be the song that pushes it furthest out. While there have been plenty of elusive, atmospheric Westerman moments so far, “Waiting On Design” tests the carefully curated borders of his songwriting. It opens with a long intro full of synth washes, turns into a catchy little Westerman gem, and then coasts out on another glistening instrumental passage. And it does it all in just four and a half minutes. Check it out below.

Your Hero Is Not Dead is out 6/5 on Partisan/Play It Again Sam. Pre-order it here.