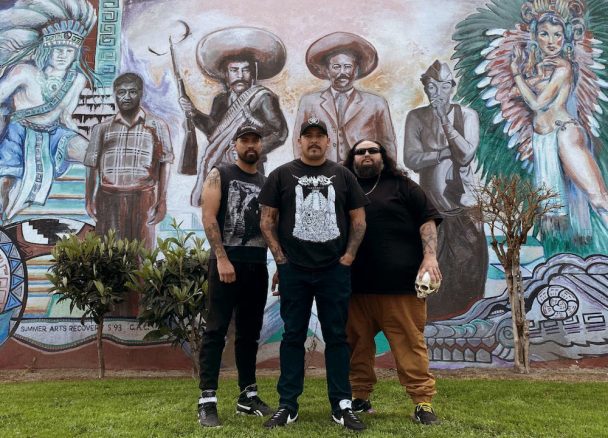 Next month, Xibalba, the absurdly heavy metallic hardcore destroyers from Los Angeles, will follow up their 2015 album Tierra Y Libertad with a new one called Años En Infierno. (The title is Spanish for Years In Hell.) The band recorded the album with Power Trip/Code Orange producer Arthur Rizk, and it promises to be absolutely apocalyptic. We’ve already posted first single “En La Oscuridad,” which is absolutely brutal. But that song is a pleasant sunny-afternoon stroll compared to the title track, which we now get to hear.

“Años En Infierno” is easily the ugliest song you will hear today. It’s an onslaught that abruptly switches back and forth between grimy death metal and beatdown hardcore — two flavors of brutality that taste great together. Frontman Nathan Rebolledo bellows the entire song in Spanish, sounding like a demon who’s just awoken from a thousand-year slumber in a terrible mood.

“Años En Infierno,” as a song and record, is the embodiment of the past decade of my life. All that is good and bad in my life is thanks to this band. A selfish way of life where dreams and opportunities have come true at the cost of something or someone one. I have caused hardship and pain, something I can’t take back, but I need to change. Xibalba as a band has decided to slow down — what the future holds I don’t know but I do know I need to slow down and appreciate.