Charli XCX To Drop “Claws” As Next Quarantine Single 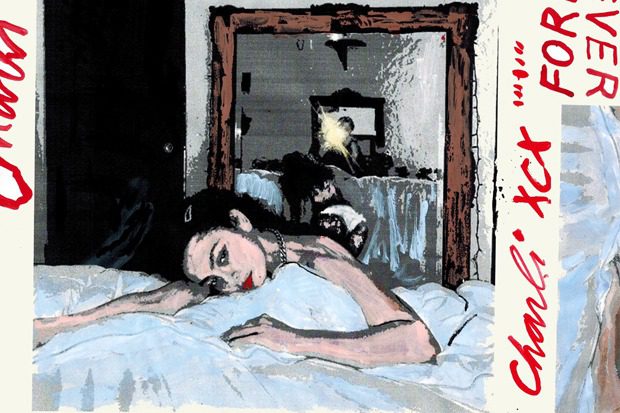 While most of us are slowly turning into couch-bound vegetables during quarantine, Charli XCX has been using the downtime to record a whole new album from scratch. The UK pop star released “Forever” as the lead single from the opus on April 9 and the A.G. Cook/BJ Burton-produced electro-anthem is proof that you don’t need a huge budget or a lot of time to make quality pop music. Next up is a track called “Claws,” which arrives on April 24. Charli announced the single and shared the template for the cover art on social media this morning (below).

Just don’t expect the impossible. “I started to feel some pressure this week,” the 27-year-old revealed in a separate post. “I constantly feel worried that I’m pushing people too hard or asking too much from people, and this week I really felt that. Maybe it’s just my own paranoia, maybe it’s a real feeling, who knows. I cried about it and tried to move on.” Charli then thanked fans who contributed to the “Forever” visual and thanked the editor for turning it around so fast. Check out the Brit’s latest updates below.

🦞claws dropping on Friday 🦞 the 3 official artworks will be based of this image and be created by @cwynars @tmthy.luke & @naked_cherry 💞 thank u all for helping me select this image 💖 keep tagging me in ur edits, I’m always looking 👁 pic by @huckkwong

💓 i started to feel some pressure this week. i constantly feel worried that i’m pushing people too hard or asking too much from people, and this week i really felt that. maybe it’s just my own paranoia, maybe it’s a real feeling, who knows. i cried about it and tried to move on. 💓 the video turned out amazing but it was definitely stressful turning it around in time. thank god for editor of the century @dan.streit who really pulled it out the bag 🙌 here’s a round up of week 2 💖 edited by @angelasteps 💓 “forever” remix by @__spent

Are you excited for Charli’s new single? Let us know below, or by hitting us up on Facebook and Twitter!