Evanescence Kicks Off 5th LP With “Wasted On You” 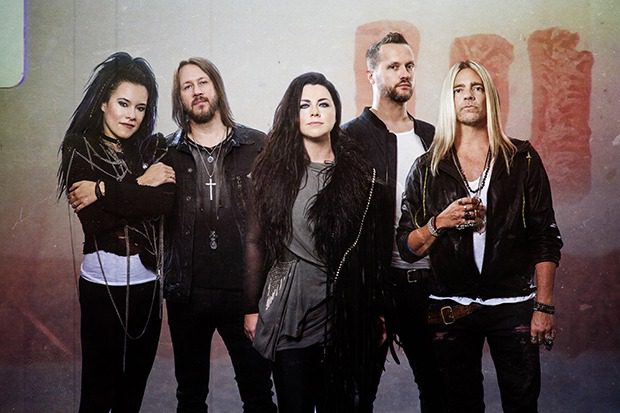 And they’re back! Evanescence introduces their much-anticipated 5th LP, The Bitter Truth, with a soaring rock ballad called “Wasted On You.” From the acoustic intro to the grinding guitars that accompany the chorus, the song evokes memories of Fallen and The Open Door. Which is a huge fucking compliment. “I don’t need drugs, I’m already six feet low,” Amy Lee laments. “Wasted on you, waiting for a miracle.” It turns out that “Wasted On You” wasn’t originally pegged as the album’s lead single.

“[It] wasn’t the song we were planning to release first, but when the whole world went into indefinite lockdown and everything changed, so did the feeling and meaning of what we wanted to say right now,” Amy explains. “I didn’t write these lyrics about what we’re all now going through, but somehow that’s exactly what they are.” Evanescence also rolled out a video for the song this morning (April 24), which is comprised of footage taken by each member in self-isolation and then spliced together.

“The whole video was shot by the band and our families on our iPhones, in isolation in our homes many miles apart, then edited together by Paul Brown,” Amy elaborates. “We can’t be together to make a video right now, but we took that and used it to tell the story of our real lives in this moment, and to show that although we are apart, we are all still connected.” Don’t worry, there’s a lot more music to come. “We are still writing… but this time we wanted to release the songs individually, as we create, to live more in the moment with our fans and our music.”

Watch Evanescence’s “Wasted On You” visual below.