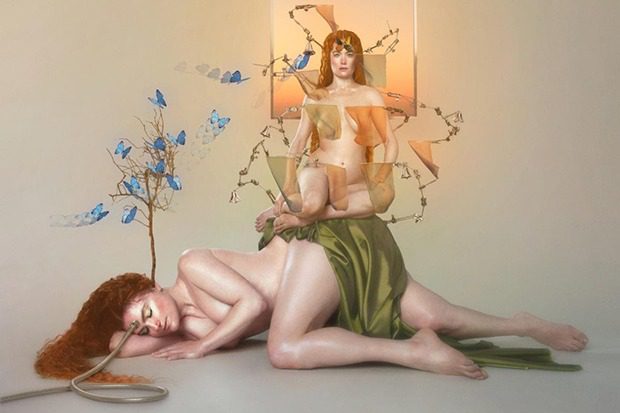 Julia Stone is best known for writing finely-wrought folk songs with her brother, Angus. Together, they have crafted four beautiful albums including Down The Way (my favorite) and 2017’s Snow. In-between, the siblings work on solo projects. Julia introduced her third album in July with “Break.” Co-produced by Annie Clark (AKA St. Vincent), the frenetic art-pop anthem represented a major sonic reinvention, one that continues today (September 4) with the jarring “Unreal.”

Essentially about feeling disconnected and unseen, “Unreal” is the kind of song that silently creeps into your subconscious. “I was only a little bit lonely, trying to reach out for somebody to love me,” Julia sings in the first verse. “Lately, you’ve been making all those sounds.” The simple yet effective chorus drives the point home: “You make me feel, so unreal.” What inspired the song? “The feeling when you’re around certain people and it’s hard to be yourself for whatever reason,” the Aussie singer/songwriter explains in the press release.

Watch the startling video, which finds a grieving husband (played by famed actor Damon Herriman) trying to bring his wife back from the dead, below.