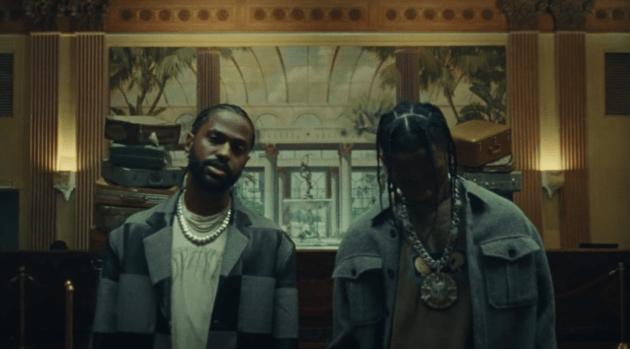 Directed by Mike Carson, the visual finds Sean Don and La Flame seculated in a dark and luxurious hotel where they are under surveillance by a mysterious eye.

From the lobby full of luggage, Sean Don is trailed in a fast-moving elevator and a winding stairwell, while Travis is focused during a stroll in a garden and a trippy hallway with Hit-Boy making a brief cameo. The two reunite in an unfinished room covered in drapes as the city flashes through the window.