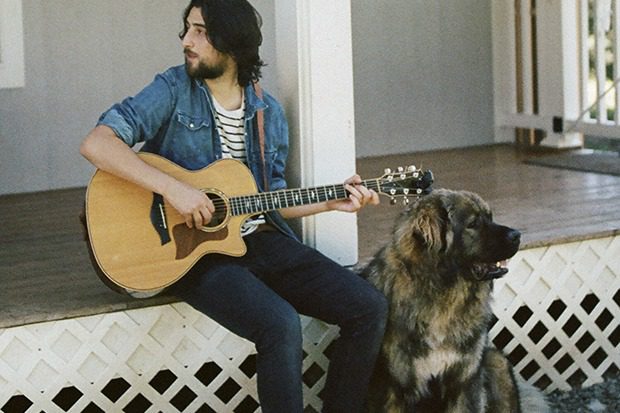 While most of us have been in a semi-vegetative state during lockdown, Noah Kahan somehow found the energy to write and record an EP. Cape Elizabeth arrives today (May 1) and it’s a stripped-back, acoustic affair that showcases the 23-year-old’s knack for insightful, gently bruising lyrics. “Cape Elizabeth was recorded over one week at my friend Phin Choukas’ home studio in Vermont exactly one week after I evacuated New York City due to the Coronavirus,” the Buyshead singer/songwriter explains.

“Returning to my parent’s farm home in a town of 1,100 people from a three-bedroom apartment in a city 8.3 million felt like I was returning to some part of me I had left behind, a reunion with that obnoxious, ambitious and totally terrified teenager with some folk songs and an acoustic guitar who first took off for Showbusiness™ in 2015,” he continues. “I wanted to do justice to this experience and create something that felt like who I used to be: a kid at his friend’s home studio with an acoustic guitar and a story.”

The result is a 5-song set about anxiety, self-doubt and general inner turmoil. Not that it’s all doom and gloom, there are also a couple of love songs in the mix. “A Troubled Mind,” which taps into queasy unrest of 2020 with jarring ease, and the lovely “Close Behind” are very highly recommended — as is the sprawling “Anyway.” Listen to Noah’s stellar EP below.