Powfu Follows Up “death bed” With “i’m used to it” 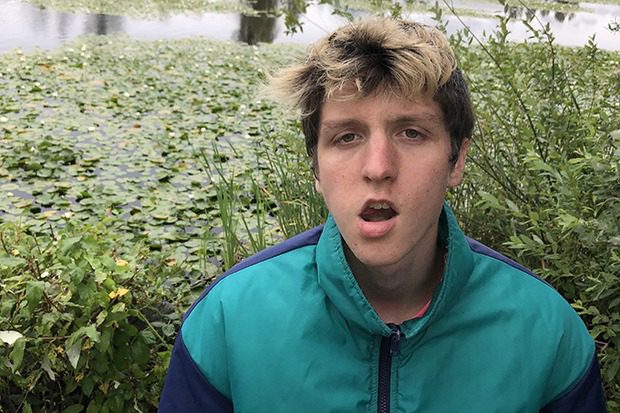 Powfu caught lightning in a bottle when “death bed (coffee for your head)” went viral on TikTok. The song eventually crossed over to Spotify and radio, which resulted in its current top 30 placing on the Billboard Hot 100. That song has a much longer journey ahead of it, but the 21-year-old is giving Day One fans something to chew on while the rest of the world catches up. As catchy as it is relatable, “i’m used to it” is a lo-fi hip-hip/pop anthem about unrequited love.

“Stay inside my room, high school doesn’t miss me,” the Canadian sing/raps. “Didn’t go to prom, had no one to go with me.” Things just get more brutal from there. “I’m used to this, the same old shit,” Powfu laments on the chorus. “Left alone wherever I sit.” The misery of teenage life comes to life in the endearingly-DIY visual, which was filmed by the breakout star’s cousin. It finds him moping around a Vancouver high school, being alone and miserable. All in all, it’s a mood. Watch below.