The Aces Suffer From LA-Fatigue On New Single "Lost Angeles" 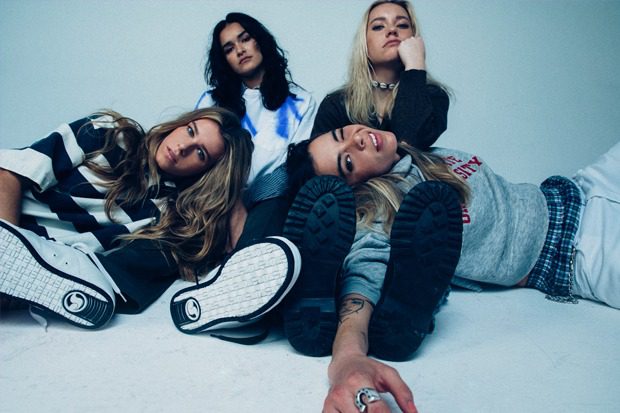 The Aces Returns With ‘Daydream’

The Aces relaunched in late March with a catchy new single called “Daydream.” The pop/rock quartet now follows it up with an equally addictive tune called “Lost Angeles.” As the title suggests, the track is about LA fatigue. “Driving on Sunset, everything’s perfect, but I think that we missed that turn ’bout a mile ago,” the band begins. “So cinematic, overdramatic, but I think that we lost ourselves a while ago.” It looks like their love affair with the City Of Angels in well and truly over.

“Lost Angeles, I’ve had enough, go ahead and take me home,” The Aces harmonize on the chorus. “Lost Angeles, you’re the loneliest city I’ve ever known.” The sing-alone single, which was co-written with Simon Wilcox and Mike Green, is relatable to even the proudest Angeleno. “Lost Angeles is about the dark sides of LA, and that experience of being infatuated by Hollywood and a new city, but then having the excitement and romance of it ripped away at the hands of heartbreak,” the pop/rockers explain. Listen below.